A car bomb has exploded north of the Iraqi capital Baghdad, leaving at least 32 people dead and dozens more wounded. 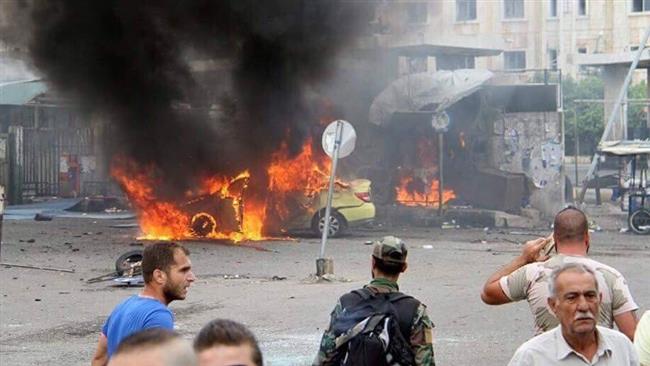 Police sources said the bombing took place at a busy square in Sadr City, a Shia-populated suburban district of Baghdad on Monday.

More than 60 people were also wounded in the explosion. Many of the victims were daily laborers waiting for jobs at an intersection in the area.

No individual or group has claimed responsibility, but Daesh terrorists regularly conduct similar attacks targeting civilians in the conflict-ridden country.
Three bomb blasts killed 29 people across Baghdad on Saturday while an attack near the city of Najaf claimed the lives of seven policemen on Sunday. Daesh claimed responsibility for both assaults.

Gruesome violence has plagued parts of Iraq ever since Daesh terrorists mounted an offensive and took control of portions of the Iraqi territory more than two years ago.

Data from monthly reports issued by the United Nations Assistance Mission for Iraq (UNAMI) shows that acts of terrorism killed a total of 12,038 Iraqis and injured 14,411 others in 2016.
(Press TV)
Share to
Tags
car bomb ، explosion ، Baghdad
Your Comment