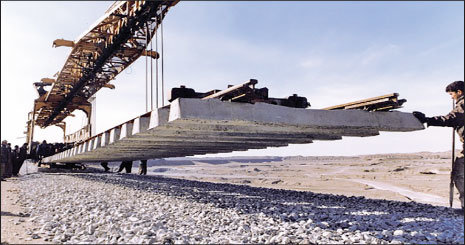 "Based on the planning, the country (Italy) will directly invest in two express railroads of Qom-Arak and Tehran-Hamedan cities. It will also seriously take part in providing the railway fleet.”

He said that a large number of foreign investors have expressed readiness for joining Iran’s railroad projects and Iran has finalized certain agreements.

Nazari further noted that China has offered investment in Iran’s express railroad project which has been implemented in Tehran-Qom-Isfahan.

The Iranian official noted that France is serious in investment in Iranian railway as well.