At a distance of some 370 million light-years from our solar system, NASA scientists have identified a cosmic megamaser, a galaxy 100 million times brighter than our home galaxy, the Milky Way. 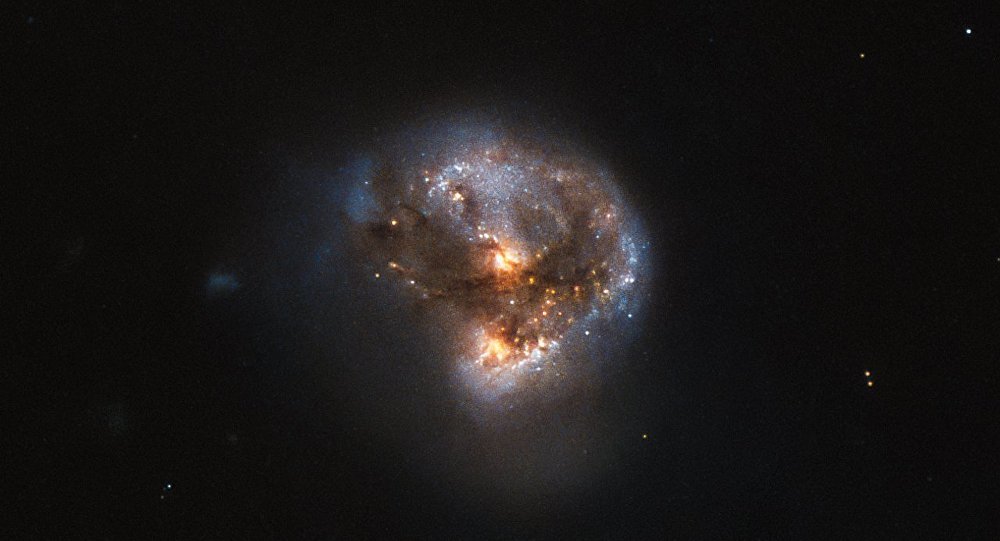 The Hubble telescope, orbiting Earth for over 26 years, has been credited with the finding. The megamaser, dubbed IRAS 16399-0937, emits microwaves, as high levels of energy can transform a galaxy into a maser, and extremely high energy levels can indicate the presence of a megamaser.

Images of the galaxy, depicting a serene and picturesque star field, fail to portray the galaxy’s dynamic and energetic nature, according to a NASA brief.

Hubble optical devices, including an advanced camera for surveys and a near-infrared camera multi-object spectrometer (NICMOS), identified the distant cosmic phenomenon, according to NASA.

NICMOS’ detailed resolution and tight field of view allowed astronomers to identify a double-nucleus structure at the heart of the megamaser.

NASA experts believe the celestial object is formed by two distinct cores "in the process of merging" at a distance of over 11,000 light-years, the report adds.

"They are both buried deep within the same swirl of cosmic gas and dust and are interacting, giving the galaxy its peculiar structure," the European Space Agency said, which contributed to the report.

The two stellar nuclei are drastically different, the brief notes. A southern core is made up of mostly weakly-ionized atoms and gasses, while a northern core contains a black hole approximately 100-million-times greater than the mass of our Sun, according to the space agency, Sputnik reported.