Israeli investigators have questioned Prime Minister Benjamin Netanyahu at his official residence in Jerusalem al-Quds over allegations of corruption. 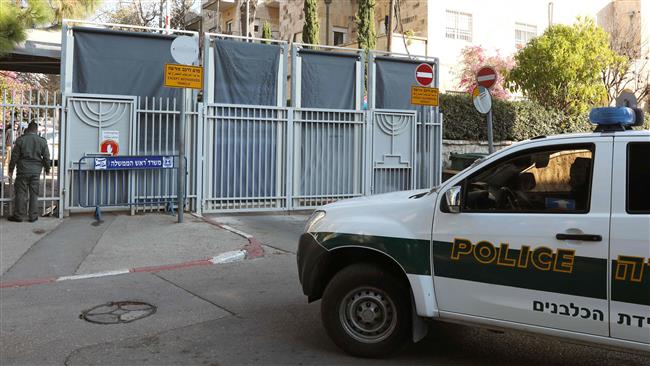 A police vehicle with three officers was seen arriving at Netanyahu’s residence on Monday evening. The investigators spent more than three hours quizzing him before leaving the residence at around 11 p.m. local time.

The investigators later issued a statement, saying Netanyahu was "questioned under caution on suspicion that he accepted (improper) benefits,” terminology that indicated Netanyahu was a criminal suspect in the case.

Earlier in the day, screens had been mounted at the entrance to the property in central Jerusalem al-Quds to block view.

Following the completion of the questioning, attorney general Avichai Mandelblit said that Netanyahu had been accused of ethics breaches. Mandelblit had said earlier that he authorized a full-fledged criminal investigation after his office gathered sufficient evidence.

A string of probes and corruption allegations

Reports emerged over the weekend that the World Jewish Congress’ president and Netanyahu’s long-time ally, Ronald Lauder, had given the Israeli prime minister and his son expensive gifts.
Netanyahu is already under another investigation over suspicions that he accepted one million euros (about 1.1 million dollars) from accused French fraudster Arnaud Mimran for campaign funds during the 2009 Israeli elections.

There are also calls for Netanyahu to be investigated for his role in a billion-dollar deal to purchase three submarines from German shipbuilder ThyssenKrupp Marine Systems GmbH.

Netanyahu’s personal lawyer and one of his closest confidants, David Shimron, reportedly represented the German company behind the submarine contract.

The Israeli prime minister is separately also subjected to accusations that he and his wife, Sara, misappropriated public funds to pay for private expenses, ranging from laundry to ice cream.
(Press TV)
Share to
Tags
Israeli police ، Netanyahu ، graft probe
Your Comment