Iran announced the names of over two dozen international energy companies that it says are eligible to bid for the country’s new oil and gas projects. 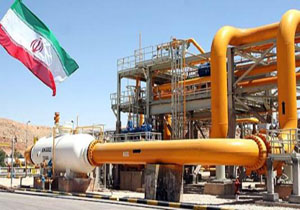 Most of the companies were involved in Iran’s oil industry projects before the US-led sanctions were imposed against Iran in 2011.

Some major newcomers, as listed by the NIOC, were Wintershall from Germany, Maersk from Finland, DNO from Norway and CEPSA from Spain.

Major absentee were Britain’s BP as well as Norway’s Statoil.

BP had announced last November that it had formed a task force to study the prospects for investments in Iran’s oil industry. However, it later announced that it was not planning any new investments for the next decade thus prompting speculations that it would not bid for Iran’s new oil projects.

"I don’t think we need to and I don’t want to increase our capex for the rest of the decade. We’ve got to maintain that discipline,” Reuters quoted BP Chief Executive Bob Dudley as saying last September.

Also, Statoil – that had been caught in a scandal involving its investment in an Iranian gas project in 2004 - had announced in 2015 that it was monitoring the conditions evolving Iran’s oil industry, but had no immediate plans to return to the country.

Iran plans to award new projects to the companies it has qualified through a new format of oil sector contracts, Presstv reported.

But from now on, the NIOC will set up joint ventures for crude oil and gas production with international companies which will be paid with a share of the output.

Also, different stages of exploration, development and production will be offered to contractors as an integrated package, with the emphasis laid on enhanced and improved recovery.