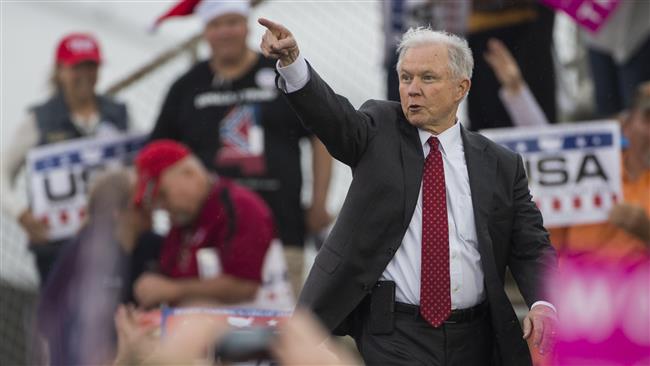 Members of the National Association for the Advancement of Colored People (NAACP) held a sit-in at the Alabama office of Sessions on Tuesday, condemning his history of controversial positions on race, immigration and criminal justice.

The protesters said they would occupy his office in Mobile until the 70-year-old Republican lawmaker withdrew as a candidate or they were arrested.

"Senator Sessions has callously ignored the reality of voter suppression but zealously prosecuted innocent civil rights leaders on trumped-up charges of voter fraud," NAACP President and CEO Cornell William Brooks said in a news release. "As an opponent of the vote, he can't be trusted to be the chief law enforcement officer for voting rights."

Meanwhile, over 1,100 law school professors from around the country sent a letter to Congress on Tuesday, calling on the Senate to dismiss Sessions’ nomination.

"We are convinced that Jeff Sessions will not fairly enforce our nation’s laws and promote justice and equality in the United States,” read the letter, signed by professors from 170 law schools in 48 states.

"Clearly, there are many, many law professors who are very uneasy with the prospect of Attorney General Sessions, and they are willing to take a public stand in opposition to his nomination,” Robin Walker Sterling of the University of Denver Sturm College of Law, one of the organizers of the letter, said. 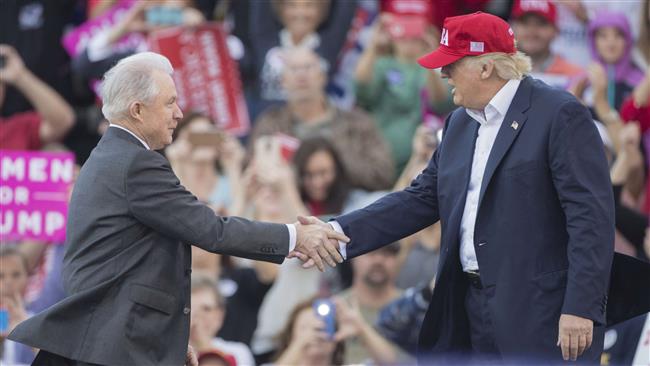 In November, Trump’s transition team announced that the business mogul nominated Sessions and he accepted the offer.

Sessions is a senior member of the Senate Armed Services Committee and formerly served as US attorney as well as attorney general in the US state of Alabama.
Sessions’ hard-line and at times inflammatory statements on immigration are similar to those of Trump and that he has already expressed opposition to any path to citizenship for undocumented immigrants.

In 1986, Sessions served as a federal prosecutor and it was in the same year when he became only the second nominee in 50 years to be denied confirmation as a federal judge.
(Press TV)
Share to
Tags
activists ، protest ، Sessions ، Attorney General
Your Comment