Nearly 23,000 people in two northeastern states in Malaysia have been forced out of their homes as a result of heavy flooding, officials say. 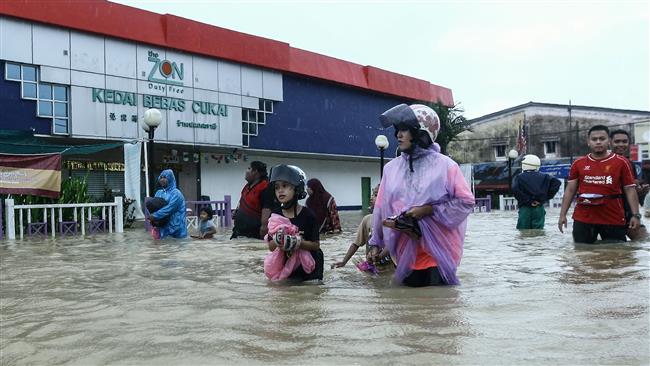 Local authorities announced on Wednesday that the latest seasonal rain storms and subsequent flooding have forced rescue workers to evacuate 10,038 residents from the state of Kelantan and 12,910 more from neighboring Terengganu State.

There have been no reports of loss of life in the two states.

Terengganu’s chief of the civil department force, Che Adam Abdul Rahman, said the number of evacuees climbed sharply from 4,352 the previous day. According to the official, those evacuated are being sheltered in 139 relief centers, which offer them food and medical aid. 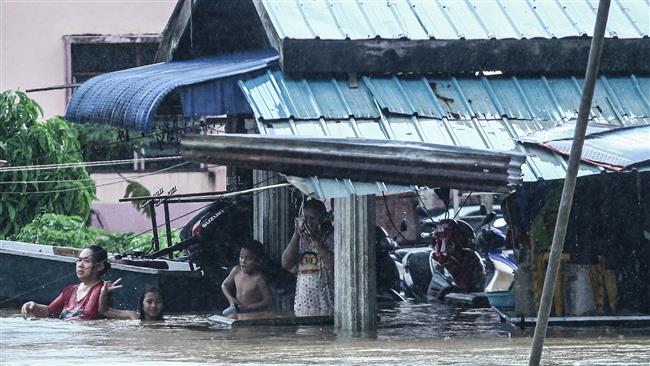 "It is still raining heavily. Some 30 village roads are closed and water levels at some places are about one meter deep and we are using boats to evacuate villagers,” he said.

In Kelantan, which had been affected with huge floods and major destruction in December 2014, the number of the displaced reflected a sharp rise from 4,906 evacuees on Tuesday, according to Zainuddin Hussin, the state’s chief of civil department force.

Hussin further said that 74 relief centers were operating in Kelantan and that since rainfall was now sporadic, many rivers were no longer overflowing their banks.

Heavy rain in the past five days has also caused 101 schools to be shut down. Many roads remain impassable and train services to some destinations in Kelantan have been suspended.

Seasonal flooding hits Malaysia’s east coast states every year and often results in mass evacuations. Malaysia’s worst flooding in decades hit in 2014, forcing nearly 118,000 people to flee their homes. Back then, the country’s Prime Minister Najib Razak came under fire after photos were released showing him golfing with US President Barack Obama during the emergency.

Najib will visit Terengganu and Kelantan on Saturday to oversee the evacuations, according to an aide. Snap general elections are expected later this year.
(Press TV)
Share to
Tags
Malaysia ، flood ، Kelantan
Your Comment