The Yemeni army and popular forces boosted their military gains in Shabwah province, particularly in Asilan warfront, and injured a senior Saudi-led coalition military commander in the city of Sana'a. 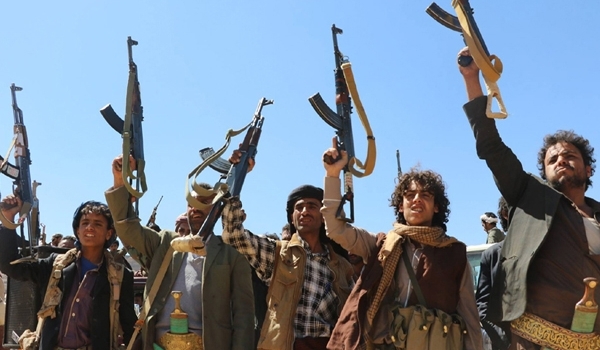 Meantime, a pro-Saudi militia commander Ali Mohsen al-Ahmar was injured while he was trying to escape from the Ninth District of Sana'a city.

In a relevant development on Tuesday, the mercenaries hired by the Riyadh government attempted to take control of a strategic military base in the city of Najran South of the kingdom, but failed due to the Yemeni forces' firm resistance.

The Saudi-hired mercenaries tried to capture the al-Shabakeh military base, but were defeated after hours of clashes with the Yemeni army and popular forces.

The Yemeni forces destroyed two military vehicles of the Saudi mercenaries in the clashes.

The Saudi-backed militias received aerial support from the Saudi Air Force during the battle.

Also on Tuesday, the Yemeni army and popular forces repelled a large-scale attack by the pro-Saudi mercenaries on their military positions in Boqa desert, inflicting heavy losses on them.

The source noted that several other pro-Saudi militias were also injured in tough battle with the Yemeni forces.

Also on Sunday, the Yemeni army and the popular forces managed to inflict a large number of casualties on Saudi-backed militias, including two senior commanders, in a special military operation in Sana'a's Ninth District.

Mohammad Mahmoud al-Hazrani, field commander of Brigade 310 of the pro-Saudi militias army, and Omran, military commander of the Reforms Party (Hezb al-Islah), were killed in the Yemeni forces' special operations.

A sum of 23 newly-established military positions of Saudi-backed militias were destroyed in Hid al-Zahab region.

At least 38 Saudi-hired mercenaries were killed and 67 others were wounded in clashes with the Yemeni forces.

A senior al-Qaeda commander along with a number of other terrorists were killed in al-Arhab region too.

Also on Sunday, the Yemeni army and popular forces took control of three more military bases of the Saudi army in al-Jawf province in the Northeastern part of Yemen while their comrades blocked the advances of the kingdom's mercenaries in Shabwah province.

The Yemeni forces captured three Saudi bases in the towns of Khob and al-Sha'af in al-Jawf province, killing 30 military men.

Meantime, the Yemeni forces prevented pro-Saudi mercenaries from making advances in al-Hajr district in the town of Asilan in Shabwah province.

At least 30 pro-Saudi militias were killed and wounded in Shabwah province and sustained heavy losses in the Yemeni attacks.

Meantime, another Yemeni battlefield source said that six Saudi mercenaries were killed in the Eastern part of Gabal al-Han in al-Zobab region of Ta'iz province.

"Another four pro-Saudi mercenaries were also killed in al-Salou region in Ta'iz province," the source added.

He, meantime, said that the Yemeni army's artillery units pounded the pro-Saudi militias' gathering centers in the Southern part of the village of al-Hariqieh.

"Several mercenaries were also killed in the Yemeni army's artillery attack on their gathering centers in the Ninth District of the city of Sana'a," the source added.

More than 12,800 Yemenis, including women and children, have been killed in the course of the Saudi military aggression against neighboring Yemen since March 2015.

This is while international right groups have repeatedly condemned Riyadh over its onslaught against Yemen. They have also warned of a humanitarian crisis in the impoverished country.

Hadi, a loyal Riyadh ally, resigned last year and fled to the Saudi capital. He later returned to the country’s port city of Aden.

Hadi has rejected a United Nations peace roadmap, saying the initiative favors Ansarullah movement, while the movement is the main popular base which has been defending the country against the Saudi invasion.
(FNA)
Share to
Tags
Yemeni Forces ، military gains ، Shabwah
Your Comment