A team of scientists in Dublin has found that a particular region of the brain reacts differently to stimuli in those with autism spectrum disorders (ASD). 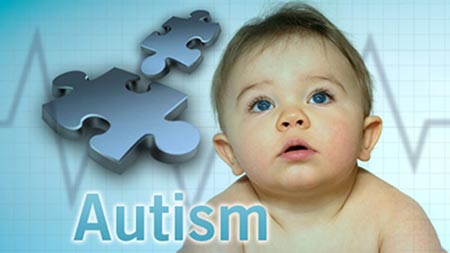 The team believe that their findings could be useful in devising new therapies for those afflicted with ASD.

The research team, led by Dr. Joshua Henk Balsters, a neurologist with ETH Zürich, sought to discover more effective treatments for autism, according to Independent.ie, as, "whenever we have spoken with parents of children with autism, interaction is something that parents find very sad or very difficult."

Balsters' team, composed of scientists from Ireland, Switzerland, and the UK, performed MRI scans on the brains of people with ASD, and on control subjects with no neural disorders.

Balsters found a difference in activity between the two groups in a specific part of the brain. The part of the brain that was affected, the gyrus of the anterior cingulate cortex, plays a complex role in social interaction, affecting emotional intelligence and social cognition.

Most significantly to the research, the gyrus signals to the rest of the brain when another person is surprised by something unexpected. Called a "social prediction error," Balsters states that it is essential to basic human interaction.

Many people with ASD have difficulty understanding the perspectives and expectations of others, and Balsters believes that this may be because their gyrus does not produce social prediction errors, meaning they are not aware when others are surprised or caught off-guard.

We found that individuals with ASD are less accurate at identifying other people's expectations, but they also lack the typical response in the [brain region] when surprising things happen to other people," said Balsters.

"We are really excited by this, it opens up a whole new avenue of research for us that could contribute to new therapies and pharmaceutical treatments."

Researchers have suspected for many years that the gyrus of the anterior cingulate cortex was involved in ASD, but Balsters called this the first piece of clinical evidence proving the theory. Professor Michael Fitzgerald, with the Autism Society of Ireland, called Balsters' findings "promising" and "important" but speculated that other parts of the brain besides the gyrus were involved in ASD, Sputnik reported.

The Centers for Disease Control and Prevention estimates that between 1 and 2 percent of the world's population have ASD. Early diagnosis and treatment can significantly reduce the symptoms, according to the Autism Society. If Balsters' research is correct, it may become significantly easier to diagnose young children via an MRI.