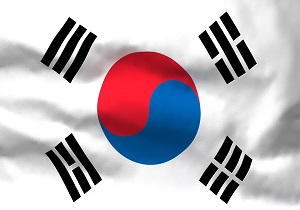 The allegations were made as Park's lawyers and lawmakers, who serve as prosecutors in the trial, traded pointed arguments over accusations she colluded with a confidante to extort money and favors from companies and allowed the friend to unlawfully interfere with government affairs.

The chief prosecutor in the trial, lawmaker Kweon Seong Dong, said Park abused her position by "broadly and gravely" violating the constitution to commit corruption and turn state affairs into a profit tool for her friend.

He said she had to be kicked out of the presidency to repair the damage she had caused to the country's democracy.

After Park was impeached in the National Assembly last month, the Constitutional Court has six months to decide if she should permanently step down or be reinstated. If Park is formally removed from office, an election has to hold within 60 days.

Park's lawyer, Lee Joong-hwan, said the accusations stated in the impeachment bill "lack evidence and fail to make legal sense" because they were based on allegations and media reports, not criminal convictions.

The hearing proceeded without Park, who refused to testify for the second time following her no-show on Tuesday. The nine-justice court cannot force Park to appear.
The court had planned to hear testimony from four of Park's former and current aides suspected of helping Park's jailed friend, Choi Soon-sil, but only one appeared.

The court was not able to deliver subpoenas to former aides Ahn Bong-geun and Lee Jae-man, who both worked with Park for nearly 20 years since her days as a lawmaker, and Lee Yeong-seon, a current aide, asked to appear at another date, the court said.