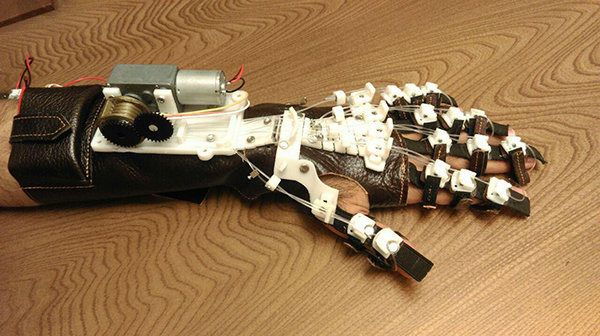 The high-tech project is in line with optimizing the existing design, and indigenizing technology of designing and developing power hand orthosis.

The newly-developed product is light and can be easily used. It can be adopted with muscular and anthropometric properties of people and can be employed in clinic and home.

The first phase of the project which has been accomplished last for a year. Orthosis was designed by engineering software and its construction started after modeling its different parts and insuring its performance.

The prototype of the orthosis showed satisfactory results and it is possible to be used it in a treatment protocol.