US Secretary of State John Kerry’s recent remarks about bombing Syria signals Washington’s willingness to start wars with countries that threaten its imperialist agenda, says an analyst in London. 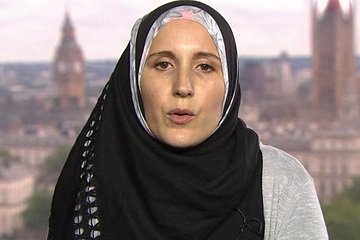 Catherine Shakdam, director of Shafaqna Institute for Middle Eastern Studies, told Press TV on Friday that America was trying to blame other countries for its own failures in Syria.

In a news conference meant to promote his four years as the top US diplomat, Kerry said the UK Parliament derailed President Barack Obama’s plans to bomb Syria.

In 2012, Obama said any use or movement of chemical weapons in Syria would cross a "red line" and draw a US military response.

The president came under intense pressure to respond after the foreign-backed militants accused President Bashar al-Assad’s government of launching a chemical attack in the suburbs of Damascus on August 21, 2013.

British members of parliament voted 285-272 at the time to withdraw support for planned US strikes.

"I don’t think that the UK had anything to do with this and I think it is really an attempt from the Obama administration to deflect criticism,” she argued.

"You have to bear in mind that the entirety of the Western narrative when it comes to military interventionism and the toppling of President Bashar al-Assad in Syria has been outed,” Shakdam added. "So I think there is a degree of willingness to kind of not only deflect, but actually put the blame on someone else.”

"So, basically, he is making the case for a sort of pre-emptive war on the assumption that maybe Syria poses this threat somehow to US interventionism, to US imperialism in the Middle East,” Shakdam said.

The analyst also charged that Kerry’s remarks show Washington’s disregard for its allies and in this case the UK.
(Press TV)
Share to
Related News
U.S.'mother of all bombs' killed 36 Daesh militants in Afghanistan
Tags
Kerry ، war crimes ، Catherine Shakdam
Your Comment