Jordan Warns US over Moving Embassy to Occupied Jerusalem

A high-ranking Jordanian official has warmed US President-elect Donald Trump of “catastrophic” repercussions in case he opts to honor his campaign pledge to move the US embassy in Israel from Tel Aviv to the occupied Jerusalem al-Quds. 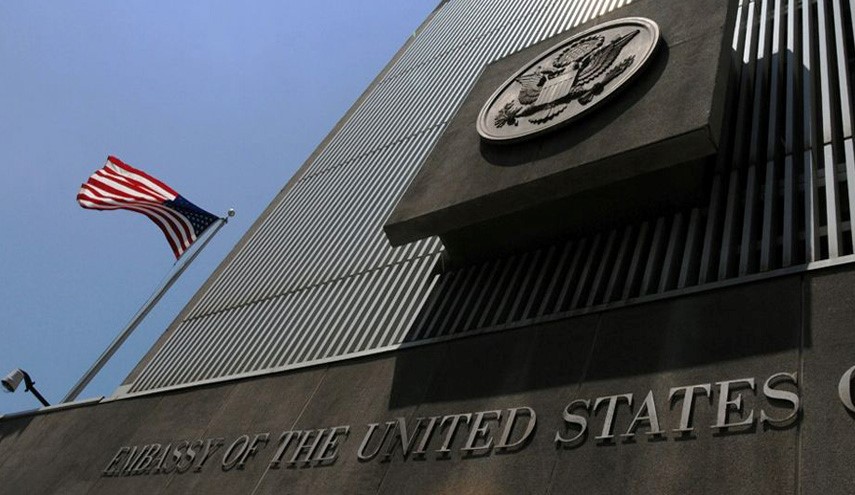 Information Minister Mohammed Momani told The Associated Press on Thursday that such a move would be a "red line” for Jordan and would "inflame the Islamic and Arab streets.”

He noted that the transfer of the US diplomatic mission could disrupt relations between the US and regional allies, including Jordan, stressing that Amman will make use of all available political and diplomatic avenues to prevent such a decision.

Momani said moving the US embassy to Jerusalem al-Quds "will have catastrophic implications on several levels, including the regional situation.”
"It will definitely affect the bilateral relationship between countries in the region, including Jordan, and the parties that will be related to such a decision,” the Jordanian minister pointed out.

The Palestine Liberation Organization (PLO) has warned the United States against the relocation of the embassy, saying all American embassies in the Arab world would have to close in the face of popular Arab outrage that follows such an action.

PLO Secretary General Sa’eb Erekat said on December 19 that the potential move would deliver a death blow to any prospect of the resolution of the Arab-Israeli conflict, and would have his organization rescind all agreements with Tel Aviv.

Earlier, the Palestinian ambassador to the United Nations said he could make the life of US diplomats "miserable” should Trump move the US embassy from Tel Aviv to Jerusalem al-Quds.

"If they try to attack us by moving the embassy to Jerusalem, which is a violation of Security Council resolutions and a violation of Resolution 181,… it means they are showing belligerency against us,” Riyad Mansour said in November.

"Maybe I cannot have resolutions in the Security Council” — likely due to a US veto — "but I can make their lives miserable every day by precipitating a veto on my admission as a member state,” he said.

"Nobody should blame us for unleashing all of the weapons that we have in the UN to defend ourselves, and we have a lot of weapons in the UN,” Mansour added.

In September, Trump, who was the Republican presidential front-runner at the time, promised Israeli Prime Minister Benjamin Netanyahu that he would recognize Jerusalem al-Quds as Israel’s undivided capital if he emerged triumphant in the US presidential election; Press TV reported.
(Al-alam)
Share to
Tags
Jordan ، US embassy ، Israel ، Jerusalem
Your Comment