Weapons are transported from Saudi Arabia to Turkey, and then to the terrorists in Syria and Iraq: Study

An English research institute uncovered the the paths through which terrorists’ weapons are transported to Africa and western Asia. 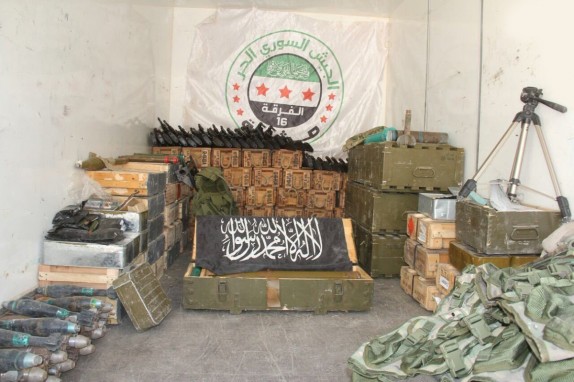 A Conflict Armament research institute published a report in which there are some spectacular points about tracking should-fire missile cargoes transported to Tripoli, Lebanon, from 2012 to 2015.
Thousands of weapons, rockets, anti-tank missiles, and heavy machine guns have been transported to Saudi Arabia and Syria’s adjacent countries  through new channels from Balkan, and the trend is still continuing.
According to the  very institute report, the transported arms to Syria has escalated the war being lasted for 5 years in the country. The reports from UN and military information departments indicates that the mentioned ammunition cargoes have been transported through Bosnia, Bulgaria, Croatia, Czech Republic, Montenegro, Slovakia, Serbia, and Romania.

After the Syrian crisis intensified in 2012, these 8 countries sold a huge number of weapons to Saudi Arabia, Emirates, and Turkey as the arms suppliers of Takfiri terrorists in Syria and Yemen.

Formerly, the terrorists used the weapons they captured through attacks to military units in Iraq and Syria. Yet, the majority of the arms recently captured from the terrorists have been manufactured in European countries from 2013 to 2015. The information obtained from these countries’ arms contracts shows that their major client is Saudi Arabia.