Iranian envoy to Australia Abdol-Hossein Vahabi said that Iran and Australia have reached an agreement for launching direct flight line between Tehran and Canberra. 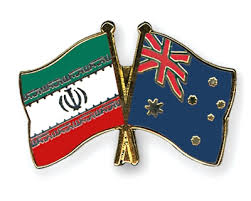 "The aviation MoU is binding. Australian Aviation can use Iranian sky for its flights to Europe. The aviation MoU has been signed and Iran’s Consultative Assembly (Parliament) has to approve it for its performance bond,” he said.

Vahabi said the timing of direct flights have not been finalized yet.

Based on the MoU, Australian aviation can use Iran’s sky for its European flights, he said, adding the same right is reserved for Iran, however, since Iran does not have any flight to the country, it is useless.

He said receiving aerial services and holding direct flights between cities of Australia, including Sydney,  Brisbane, Melbourne, Perth and Iranian cities of Tehran, Mashhad, Shiraz and Isfahan would be available after separate agreements between airlines of the two countries.