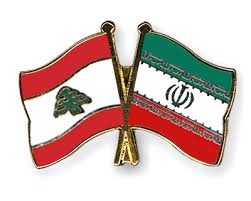 "High-ranking officials of the two countries are determined to strengthen mutual relations and take new steps [in this regard],” Chairman of the Iranian Parliament's Committee on National Security and Foreign Policy Alaeddin Boroujerdi said after a meeting with Lebanese President Michel Aoun in Beirut on Saturday.

Boroujerdi, who is in Beirut at the head of a parliamentary delegation, said that during his meeting with Aoun he underlined the importance of the Syrian developments to both Iran and Lebanon in terms of security.

He added that Aoun has called on Iran to help his country tackle the issue of a large number of Syrian refugees in Lebanon. Boroujerdi said that he had reassured the Lebanese official that the refugees would definitely return to their homeland once security is restored to war-stricken Syria.

The Lebanese president also expressed hope that the Syrian crisis would be settled through political approaches, Boroujerdi added.

Syria has been fighting foreign-sponsored militancy over the past almost six years. UN Special Envoy for Syria Staffan de Mistura estimated in August 2016 that more than 400,000 people had been killed in the Syrian crisis until then. The UN has stopped its official casualty count in Syria, citing its inability to verify the figures it receives from various sources, Presstv reported.

Millions of Syrians have been fleeing the conflict in their home country to neighboring states, including Lebanon, as well as elsewhere in the world.