The Iranian Foreign Ministry has dismissed the recent allegations leveled by Saudi Deputy Crown Prince Mohammed bin Salman against Tehran, saying Riyadh’s support for terrorists is the source of chaos in the Middle East. 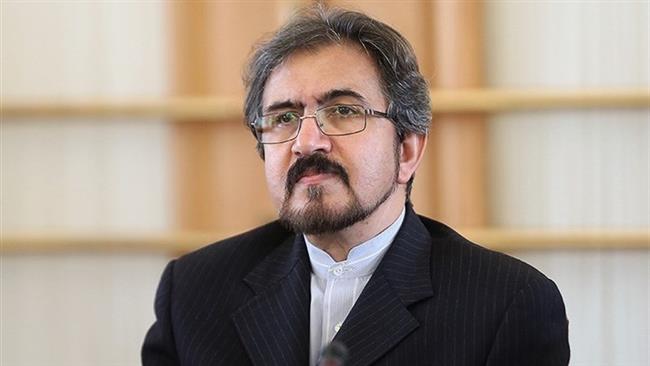 "Saudi Arabia has created chaos in the region through its organized support for Takfiri and terrorist groups,” Iranian Foreign Ministry Spokesman Bahram Qassemi said on Saturday.

He emphasized the need for Saudi Arabia to rectify its approaches for the sake of global peace and tranquility, and said Takfiri terrorism is undoubtedly rooted in the radical ideology of Wahhabism, which is practiced in the kingdom.

The Iranian spokesperson added that Saudi Arabia is regarded as the "cause of bloody crimes against Arab nations of Syria, Iraq and Yemen” while it has also "committed treason against Muslims, particularly the Arab world and the cause of the Palestinian people” by siding with the Israeli regime.

Qassemi said different reports by Western intelligence agencies have "repeatedly confirmed that there is a meaningful and organized connection between Saudi state bodies and Takfiri extremists across the world.”

He dismissed as blame game the recent anti-Iran allegations made by Prince Salman, who is also the Saudi defense minister.

"Instead of such fruitless blame game [efforts], Saudi statesmen had better move to rectify their approach and attitude and think about the consequences of their destructive policies and measures,” Qassemi pointed out.

In an interview with the American magazine Foreign Affairs published on Thursday, Prince Salman, whose country is widely believed to be among major sponsor of terrorism, accused Iran of creating instability, encouraging terrorism and violating the sovereignty of other nations in the region.

He also called on Iran to change its outlook and behavior.

The remarks by the Saudi officials come as Riyadh has been engaged in a military campaign against its impoverish southern neighbor Yemen since March 2015. The Saudi war on Yemen has so far killed at least 11,400 Yemenis and taken a heavy toll on the country’s facilities and infrastructure.
(Press TV)
Share to
Tags
Saudi ، support ، terrorists ، Mideast chaos
Your Comment