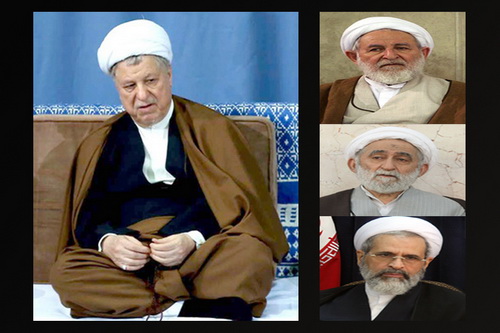 The text of Islamic Seminaries' condolence message on demise of Ayatollah Rafsanjani, the head of Iranian Expediency council is as follows:

In the name of Allah, the Most Compassionate, the Most Merciful

We extend our sincere condolences on the demise of Ayatollah Akbar Hashemi Rafsanjani, the head of Iranian Expediency Council and a great revolutionary figure, to Imam al-Mahdi (as), Iranian Supreme Leader Ayatollah Khamenei, grand Shia sources of emulation, Islamic seminaries, the Iranian nation as well as the bereaved.

Ayatollah Akbar Hashemi Rafsanjani was a prominent Islamic figure and a revolutionary cleric who played crucial roles in different stages of Iran's 1979 Islamic Revolution.  During late Imam Khomeini's anti-shah struggles, he was cooperating with the founder of the revolution all along; his sacrifices and services in the sacred path of Islam  and Islamic Revolution will never be forgotten.

The late Ayatollah Rafsanjani also served the Islamic Revolution after its victory in different positions; he played significant roles in establishing Islamic principles, consolidating the foundations of Islamic revolution, the guardianship of Islamic jurist as well as helping the Iranian supreme leader. He left us with valuable legacies in serving the highest positions of Iran's administration.

We pay tribute to his pure soul and ask God for compassion, mercy and forgiveness towards him.

May Allah's blessings be upon you

Mohammad Yazdi, Head of the Supreme Council of Islamic Seminaries' Society of Teachers