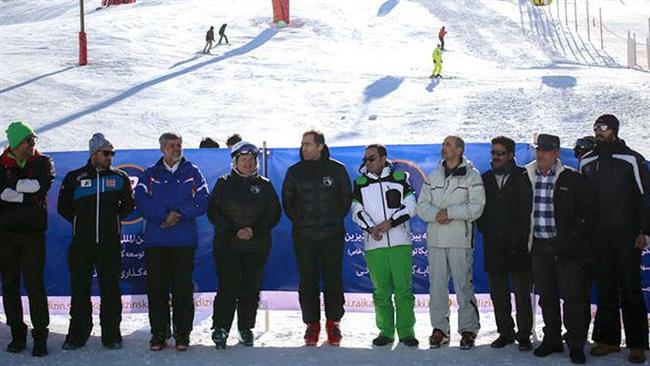 On Sunday, Seyyed Ahmad Ja’fari exhibited brilliant performance in the men’s giant slalom contests at Darbandsar ski resort, which lies northeast of the capital, Tehran, and recorded 2 minutes and 7.57 seconds to collect the gold medal.

His compatriot, Javad Soleqani, stood in the silver medal position with 2:11.71, whilst Abolfazl Khatibi, another skier from Iran took the bronze.

Moreover, the gold medal in the junior giant slalom competitions went to Iranian contestant Khatibi, who recorded the time of 2:11.71 minutes.

The World Alpine Skiing and World Para Snowboard Competitions started in Darbandsar ski resort on January 8, and will finish the next day.

Dimitrije Lazarovski, head of the International Paralympic Committee (IPC) Snow Sports, had traveled to Tehran along with two international classifiers to oversee the events, and also update Iranian sports officials on how to develop winter sports.

The National Paralympic Committee of Islamic Republic of Iran (NPCIRI), having been motivated by the upcoming two Paralympic Winter Games in Asia, decided to host the competitions as part of measures to the develop winter sports in the country.

He added, "For the last two years, we tried to develop, encourage and attract more athletes to winter sports in our country. At this time, we are hosting three winter sports events in Iran, which is the result of our efforts to develop winter sports with the help of World Para Alpine Skiing and World Para Snowboard.”

"In the future we will witness the attraction of more athletes to winter sports and we will have the chance to hold regional and international winter championships,” Ashrafi said.

He also said "Iran has more than a million kilometers of mountains and many parts of them are used as ski resorts, so athletes in our country can ski more than six months in a year.”
(Press TV)
Share to
Related News
North Korea to participate in PyeongChang 2018 Paralympic Games
Iran’s top General orders Armed Forces to help people stranded in snow
Tags
Iran ، alpine skiers ، medal
Your Comment