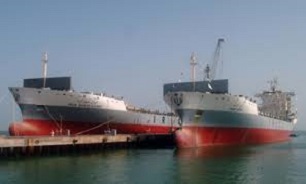 The agreement concluded between Iran and South Korean Hyundai dates back to 2008, but it was signed after the Joint Comprehensive Plan of Action (JCPOA), he said.

He said that the agreement includes building 10 ships, including 4 container ships and 6 large ships.

They also agreed to make a list of Iran’s equipment and facilities in shipbuilding and provide the required equipment by Iran in case they are approved in terms of price and quality, he said.

The managing director of Hyundai Corporation would visit Iran in the second week of January to finalize the list, Moazemi continued.

He said that Iran has signed 19 MoU after the JCPOA, 7-8 of which will have turned out to be agreements by the end of the current Iranian calendar year.

He said 2 MoU have been turned into agreement so far and the third one would be concluded on January 15. The 4th and 5th ones are scheduled for 15 February.

IMIDRO’s share of the agreements is less than 49 percent, he said.