Greek police say they have launched a murder investigation over the death of the head of the consular department at Russia's embassy in Greece. 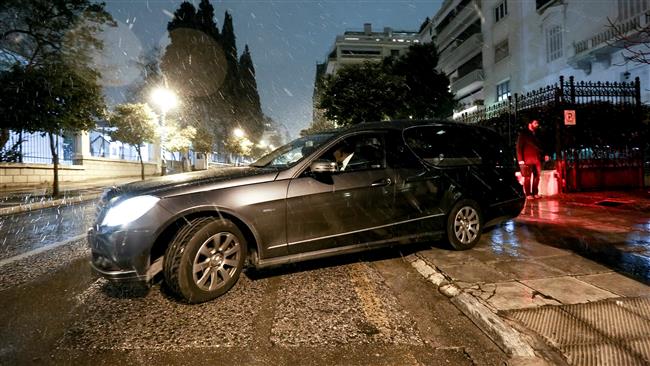 According to Protothema portal on Monday, 55-year-old Russian consul, Andrei Malanin was found dead on his bathroom floor by another member of embassy staff.

Police said at "first sight" he appears to have died from natural causes but the authorities were awaiting a report from the coroner. There was apparently no evidence of a break in or no signs of visible harm on the senior diplomat's body.

His colleagues said he did not come to work in the morning and did not answer to phone calls, so they came to his house with the police. They the door of his apartment was locked by a key from the inside.

The death occurred about three weeks after Russia's ambassador to Turkey, Andrei Karlov, was assassinated while speaking at a photo exhibit in Ankara.

The assassin has been identified as 22-year-old Mevlut Mert Altintas, who had served with the Turkish anti-riot police for around three years. Altintas was "neutralized" by Turkish police after killing the envoy.
(Press TV)
Share to
Related News
Greek police arrest 12 amid raids on anarchist squats
Tags
Russian diplomat ، Athens ، dead
Your Comment