The UK’s currency has fallen to its lowest level since October amid fears that the country is heading for a full break from the European Union. 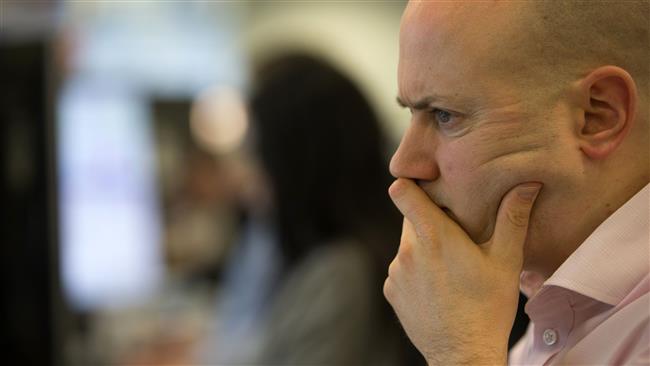 In Monday trading in London, the British pound dropped 1.3 percent against the US dollar to $1.21. Against the euro, the sterling was 1.5 percent weaker at £0.86.

This happened after Prime Minister Theresa May suggested, in an interview on Sunday, a full break from the 28-member block.

Her comments sparked concerns among traders that London is likely to leave the bloc’s single market.

On Monday, however, May attempted to downplay fears that Britain was on the road to a hard Brexit.

"I’m tempted to say that the people who are getting it wrong are those who print things saying I am talking about a hard Brexit [and that] it’s absolutely inevitable there’s a hard Brexit,” she said.

"I don’t accept the terms hard and soft Brexit... What we are doing is going to get an ambitious, good, best-possible deal for the United Kingdom in terms of trading with and operating within the single European market,” she stated.

But earlier on Sunday, May had said leaving the EU was not going to be possible by keeping parts of the membership and the government was trying to tighten the borders first in order to meet a key demand of the citizens who voted in favor of Brexit.

"We are leaving. We are coming out. We are not going to be a member of the EU any longer,” she insisted. "This is what people were voting for on 23 June.”

In the referendum held on June 23, nearly 52 percent of British voters opted to leave the bloc, a decision that sent shock waves throughout the world.

According to a Lloyds Private Banking analysis, the pound sterling lost a fifth of its value against nine major currencies last year.

According to research the agency did into 60 currencies, the biggest declines in sterling were against the Brazilian real with a 28.4 percent drop, the Russian ruble with a 28 percent fall, and the Icelandic krona with a 27.9 percent decrease.
(Press TV)
Share to
Related News
Mind-boggling 3D pedestrian crossing installed in Icelandic town
Sterling slips as Brexit talks get green light, stocks advance before Fed
Euro, European bonds unnerved by French political jitters
Tags
Pound ، Brexit ، UK
Your Comment