Iran: JCPOA violations will not be tolerated

Iran says violations of the historic nuclear deal between Tehran and the P5+1 group of countries will not be tolerated. 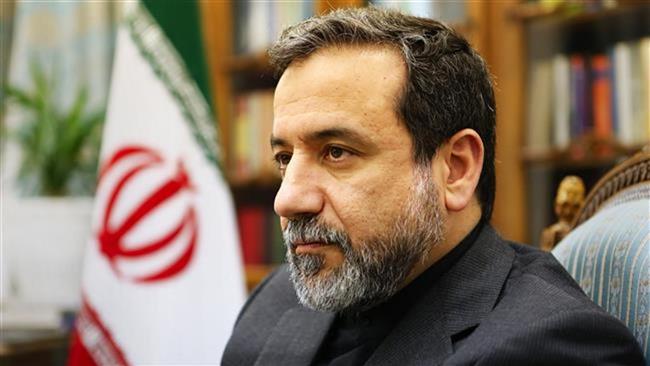 Iran's Deputy Foreign Minister for Legal and International Affairs Seyyed Abbas Araqchi made the remarks while addressing reporters in Tehran on Monday.

"We will not tolerate any country violating its commitments in relation to the JCPOA… The Islamic Republic of Iran will react accordingly to such actions,” he said.

Iran and the five permanent members of the United Nations Security Council -- the United States, France, Britain, Russia and China -- plus Germany started implementing the Joint Comprehensive Plan of Action (JCPOA) on January 16, 2016.

Under the nuclear deal, Iran undertook to put limitations on its nuclear program in exchange for the removal of nuclear-related sanctions imposed against Tehran.

Araqchi noted the US’s extension of its so-called Iran Sanction Act (ISA) is a violation of the JCPOA to which Iran has reacted appropriately and will be taking further steps to counter the measure in the future.

In a 99-to-0 vote on December 1, the US Senate passed the ISA, sending the measure to the White House for Obama to sign into law.

The measure was first introduced in 1996 to punish investments in Iran's energy industry based on accusations that Tehran was pursuing non-civilian objectives in its nuclear energy program.

On Tuesday, a high-level commission monitoring the JCPOA implementation will be meeting in Vienna to discuss the ISA extension by Washington.