Daesh Takfiris cut off water to thousands of civilians in Mosul

Daesh terrorists have cut off water supply to dozens of liberated areas in Mosul to keep civilians under control as the Iraqi army and allied fighters renew their push to expel the extremists out of their last urban stronghold. 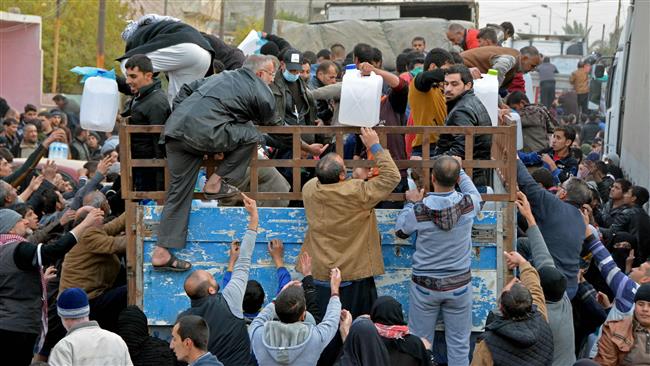 Nineveh provincial council member Hossam al-Abbar told Arabic-language al-Sumaria television network on Monday that Daesh terrorists have cut water to 30 neighborhoods in the eastern flank of the city, located some 400 kilometers north of the capital Baghdad.

Abbar added that only 10 liberated districts have access to potable water intermittently.

He further noted that water stations in al-Ghabat neighborhood, which nurture western Mosul, are still under Daesh control, and that the terror group has turned off the pumps which send water toward liberated neighborhoods in the city.

The official said Daesh has ordered its members to target areas retaken from them with mortar shells and artillery rounds.

Abbar also urged the Ministry of Municipalities and Public Works plus Ministry of Finance to allocate a certain budget as well as tankers to supply drinking water to Mosul neighborhoods. 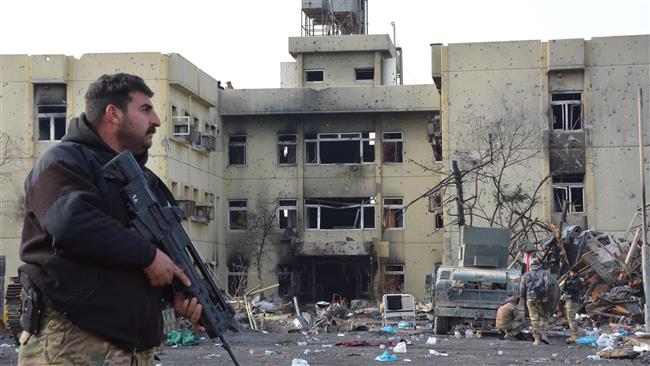 Zuhair Hazem al-Jabouri, an official with Mosul’s energy and water department, said last month that "Daesh is depriving people of drinking water in eastern Mosul. They want to force people to retreat with them in order to use them as human shields.”

Amid army advances in and around Mosul, a high-ranking aide to Daesh ringleader Ibrahim al-Samarrai aka Abu Bakr al-Baghdadi has been killed in a precision airstrike carried out by the Iraqi Air Force in the central part of the city.

A Nineveh provincial source, requesting anonymity, said the senior Daesh figure, identified by the nom de guerre Abu Loei, was killed along with four other terrorists during an airstrike against al-Islah al-Zeraei neighborhood. Abu Loei was reportedly the director of Daesh security affairs.

An unnamed security source also said federal police forces are closing in on Mosul University’s building, noting that the site is considered as one of the main positions of Daesh in the eastern side of the city.

A total of 137,880 people, or 22,980 families, have been displaced from Mosul and neighboring areas since the start of the operations, according to figures released by the International Organization for Migration.
(Press TV)
Share to
Tags
Daesh ، water ، civilians ، Mosul
Your Comment