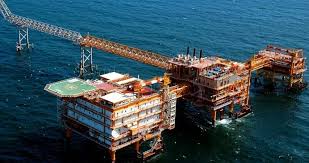 The complex has started working since 2005, producing over 63 percent of the country’s gas, Hassani said.

He noted that Iran’s gas recovery from the joint gas reservoir jumped by 20 percent over the 9 months comparing to similar period last year.

South Pars Gas Complex refineries would produce over 80 percent of the country’s gas in 2019 when development operation in South Pars will have been accomplished, the official said.

He continued that the gas complex would soon produce 50 million barrels of gas condensations, which is double the amount the BP makes.