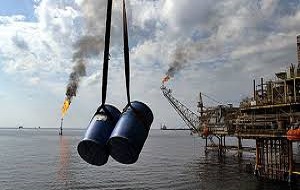 The first MoU is for development of Parviz and Khorramshahr oil fields, he said, adding, the second one covers sectors of oil industry, including crude, building equipment, gas exports, renovation of Iraqi refineries by Iranian private sector and providing training.

An Iranian delegation visited Iraq last week during which the two sides finalized details of the MoU to be signed by oil ministers of Iran and Iraq.

Zamani-Nia said that Iran is now set to export gas to Baghdad and the city is ready to start the import.

Iran’s gas export pipe to Iraq is now filled with gas but the LC has not been opened yet, he said, adding Iran’s gas would be pumped to Iraq as soon as the financial issues are settled.

He said that the LC for Iran’s gas exports to Iraq would be soon opened with the upcoming Iraqi delegation’s visit to Tehran.

Iran-Iraq gas exports deal is for 6 years and at most for 35 million cubic meters per day.