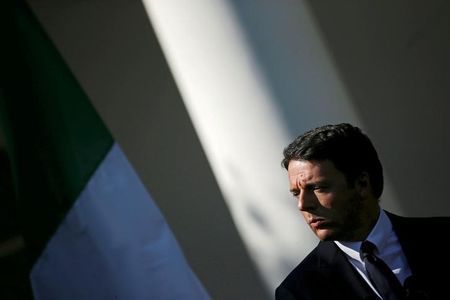 The ruling is likely to prove a relief for new Prime Minister Paolo Gentiloni, who has pledged to build on his predecessor's reforms, and it also spares Renzi the humiliation of having his two flagship projects thrown out in referendums.

Italy's bond yields fell, while the euro and Italian stocks rose after the ruling.

Renzi stepped down last month after losing a referendum on constitutional changes. He flagged the 2015 "Jobs Act" and the planned constitutional reform as vital measures to revive Italy's economy, the most chronically stagnant in the euro zone.

Big businesses welcomed the scrapping of a rule that gave people fired from large private sector companies the right to be re-hired if a court deemed their dismissal unjustified. Under the reform they only receive financial compensation.

The CGIL union, which opposed most aspects of the Jobs Act from the start, asked the court to approve a referendum on restoring the right to re-instatement and extending it to smaller companies.
CGIL leader Susanna Camusso said the union would consider appealing to the European Court of Justice. "We are convinced that this battle must continue," she told a news conference.

Renzi hoped making dismissals easier would prompt firms to hire, but the unemployment rate rose in November to its highest since June 2015, shortly after the measures began to be applied.

The judges did however approve two other referendums proposed by CGIL: on the use of vouchers to pay workers who have no contract and on extending the rights of people working on projects assigned by tender processes.

Italy has one of the highest jobless rates in the euro zone and almost 40 percent of people aged between 15 and 24 are unemployed.

Work vouchers, which are worth 10 euros (dollars) each and give workers no rights to sick pay, holidays or leave, were introduced as an experiment in 2008, but their use shot up 70 percent in 2015.

Governments across Europe have allowed greater labor flexibility to boost employment as their economies slowed, but Italy has acknowledged the voucher scheme is out of control and is planning to take action to curb its use.

The two referendums permitted by the court could now take place on a Sunday between April 15 and June 15, unless new laws on the topics in question are passed before then, Reuters reported.