Russian and Turkish military officials have agreed to coordinate aerial attacks against the positions of foreign-sponsored militant groups in Syria, and signed a memorandum on combat flight safety during missions in Syrian airspace. 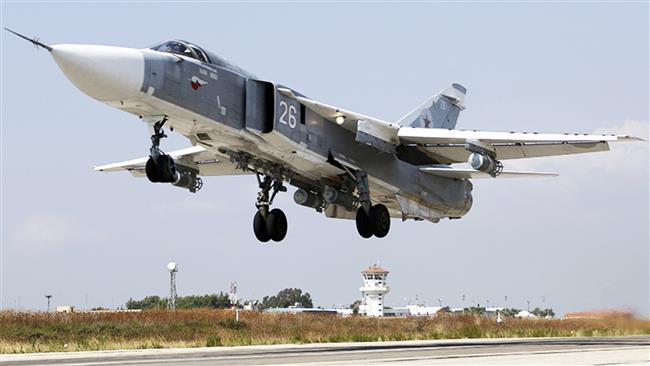 The Russian Defense Ministry said in a statement that the agreement, reached in Moscow during a Thursday meeting, specifies a course of action to avoid incidents during flights over Syrian airspace.

"The memorandum establishes mechanisms of coordination and interaction between Russian and Turkish aircraft during airstrikes against terrorist targets, as well as measures aimed at preventing flight incidents involving aircraft and unmanned aerial vehicles in Syrian airspace,” the statement read.

Russia has been bombing Daesh and al-Qaeda-affiliated al-Nusra Front terrorist groups in Syria at the official request of President Bashar al-Assad since September 30, 2015.

On August 24, the Turkish air force and special ground forces kicked off Operation Euphrates Shield inside Syria in a declared bid to support the Free Syrian Army militants and rid the border area of Daesh terrorists and fighters from the Kurdish People’s Protection Units (YPG) and Democratic Union Party (PYD).

The offensive was launched in coordination with the US-led military coalition, which has purportedly been fighting Daesh extremists since 2014.

The incursion was the first major Turkish military intervention in Syria, which drew strong condemnation from the Syrian government for violating the Arab country's sovereignty.

On December 31, the UN Security Council unanimously adopted a draft resolution submitted by Russia and Turkey on a Syrian ceasefire that excludes the Daesh and Jabhat Fateh al-Sham Takfiri groups.

The text of the resolution "welcomes and supports efforts by Moscow and Ankara to end violence in Syria and jump-start a political process.”

It also calls for rapid access for humanitarian aid to be delivered throughout Syria.

UN Special Envoy for Syria Staffan de Mistura said on Thursday that the ceasefire in Syria was "largely holding with some exceptions,” expressing disappointment that the truce had not
helped the delivery of humanitarian aid to besieged areas, where food is running out.

He said armed Takfiri groups are stopping 23 buses and Syrian drivers used in recent evacuations from leaving the villages of al-Fu'ah and Kefraya in the northwestern province of Idlib, calling for them to be allowed to leave.