Tehran is going to host the first conference of cultural dialogue of Iran and the Arab World on January 21-24, said Head of Islamic Culture and Communications Organization Abouzar Ebrahimi . 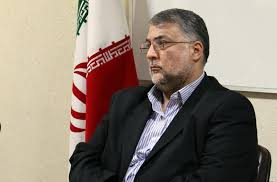 He noted the closing ceremony is scheduled to be held in the northwestern city of Mashhad.

Islamic Culture and Communications Organization started dialogue among countries 30 years ago. "We established cultural dialogue through the common language we found in this way.”

He said Iran initially started the move with thinkers of the Arab world and decides to invite figures from other continents as well.

85 top researchers from 12 Arab countries are attending in the first conference, he said, adding six pre-conferences have been held in Tunisia, Lebanon, Qatar and Iran so far.

The conference is going to focus on six topics, including status of Iranian and Arab women and youth.