Senior Iranian and Syrian diplomats have stressed the importance of boosting coordination and consultations ahead of the planned intra-Syrian peace talks in the Kazakh capital of Astana. 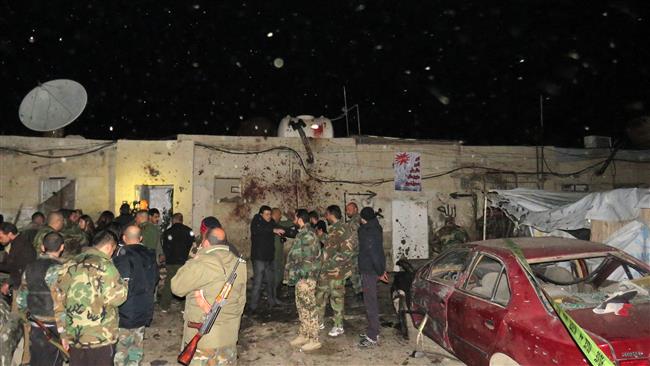 The two diplomats exchanged views about the latest developments prior to the Astana negotiations between representatives from the Damascus government and foreign-sponsored opposition groups in Astana on January 23, Presstv reported.

Jaberi Ansari and Miqdad said Tehran and Damascus must help find a political solution to the Syria crisis.

The negotiations, which exclude the Daesh and Jabhat Fateh al-Sham Takfiri terrorist groups, will be mediated by Russia, Turkey, and Iran. The three countries successfully implemented a similar accord in December following the defeat of militants in Syria's northwestern city of Aleppo.

The Astana talks would be held in the wake of a nationwide ceasefire in Syria which was endorsed by the United Nations Security Council on December 31.

Syrian President Bashar al-Assad said on January 8 that he was "optimistic" about the upcoming peace negotiations in Astana, and expressed the government's readiness to negotiate with the armed opposition groups.

Iran and Russia support the elected Syrian government and have been assisting Damascus in its fight against terrorism. Russia has been carrying out airstrikes on positions of Daesh and other terrorist groups in Syria at the official request of President Assad since September 30, 2015, while Iran has been providing military advisory assistance to the Arab country.

On August 24, the Turkish air force and special ground forces kicked off Operation Euphrates Shield inside Syria in a declared bid to support the Free Syrian Army militants and rid the border area of Daesh terrorists and fighters from the Kurdish People’s Protection Units (YPG) and Democratic Union Party (PYD).

The offensive was launched in coordination with the US-led military coalition, which has purportedly been fighting Daesh extremists since 2014. The incursion was the first major Turkish military intervention in Syria, which drew strong condemnation from the Syrian government for violating the Arab country's sovereignty.

Syria has been fighting foreign-sponsored militancy over the past almost six years. UN Special Envoy for Syria Staffan de Mistura estimated in August last year that more than 400,000 people had been killed in the Syrian crisis until then. The UN has stopped its official casualty count in Syria, citing its inability to verify the figures it receives from various sources.