A Russian deputy foreign minister and former lead negotiator in the Iran nuclear talks has praised Iranian diplomatic panache, saying Russian diplomats are learning from their Iranian counterparts how to break their country free from stringent sanctions. 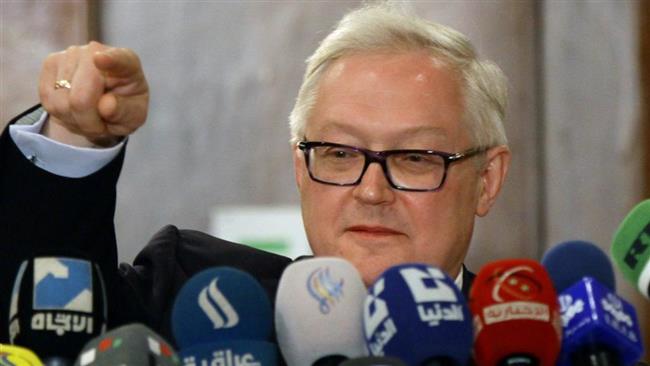 Speaking to IRNA on Saturday, Russian Deputy Foreign Minister Sergei Ryabkov referred to Iran’s diplomatic record in negotiating a nuclear deal with the P5+1 group of countries, including Russia itself, and described it as "creative” and "only excellent.”

Negotiators from the administration of Iranian President Hassan Rouhani, with Foreign Minister Mohammad Javad Zarif as the lead negotiator, took on the nuclear file in 2013 and engaged in tough negotiations for some 22 months before reaching the deal with the six world powers in 2015, putting an end to the dispute over the Iranian nuclear program, which had been going on for well over a decade.

Ryabkov, who was Russia’s lead negotiator during the nuclear talks, emphasized the agreement’s role in extricating the Islamic Republic from the "tight grip” of economic sanctions.

As per the accord, which came into force in January 2016, all nuclear-related sanctions against Iran were terminated, and the Islamic Republic agreed to limit certain aspects of its nuclear work in return.

"Now, as Russia, too, has been targeted with illegal sanctions and policies, we are learning from Iranian diplomats how to offset the aftereffects of the bans,” Ryabkov said.

"Those imposing the sanctions should face the reality that they would not be able to achieve their goals by using bans as a tool. History has not been able to teach them yet that the imposition of sanctions has [always] failed,” he said, citing the example of the Islamic Republic as a case in point.

Russia has been facing intensifying economic sanctions by Western countries since 2014, when the Crimean Peninsula, then part of Ukraine, voted in a referendum to join the Russian Federation. Western countries never recognized Crimea’s separation from Ukraine and attempted to contain what they perceived as Russian aggression with sanctions and other means.

Elsewhere in his remarks, Ryabkov said the Iran deal has proven beneficial both for the region and all the parties to it.

He did say, however, that one of the parties to the nuclear accord "lacks the political will” to resolve the obstacles in the way of its unimpeded implementation.

In a highly controversial move, the US Congress voted last December to extend Washington’s sanctions law against Tehran, known as the Iran Sanctions Act (ISA), for another 10 years. The law authorizes the US president to re-impose bans.

Outgoing US President Barack Obama refrained from signing the act, allowing it to be implemented but without his signature.