The secretary of Iran’s Supreme National Security Council says the Islamic Republic supports the territorial integrity of regional countries, given the dire consequences of their disintegration. 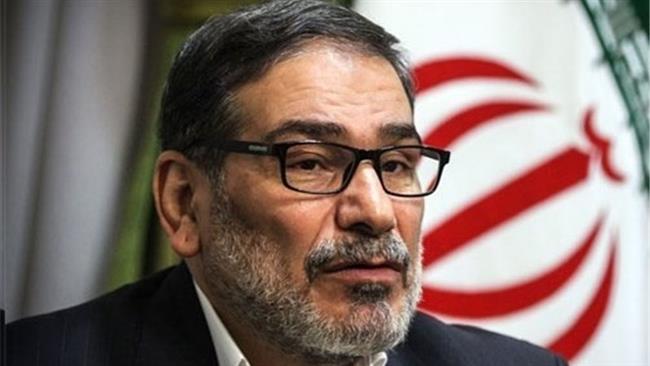 "Iran believes that thr fragmentation of [regional] countries will pave the way for dominance of the Takfiri terrorist thinking over Islamic territories, a development which would contradict the strategic interests of the Muslim world,” Ali Shamkhani said Monday.

Contrary to certain speculations, Iran does not even favor the fall of the Al Saud regime, but seeks, instead, to foil any attempts aimed at overthrowing the Saudi government, he added.

"The [Potential] collapse of Al Saud does not at all mean it would be replaced by a desirable government,” said Shamkhani, adding that such a situation would make the kingdom fall apart, with Takfiri extremist ideology coming to rule in major parts of the country.

He warned about some Western plots aimed at breaking the region apart and asked, "Is Saudi Arabia going to escape unscathed should the bane of disintegration start to engulf the region’s countries?”

The official further urged Saudi Arabia and Turkey not to contribute to efforts aimed at splitting Muslim states, particularly Syria.

Saudi Arabia and Turkey are accused of providing support to the Takfiri terrorists fighting in Syria.

Riyadh is widely viewed as one of the major regional supporters of Daesh terrorists, who are influenced by Wahhabism, the radical ideology dominating Saudi Arabia and freely preached by clerics there.
(Press TV)
Share to
Related News
Syrian premier due in Iran Tuesday
Tags
Iran ، ME states ، territorial integrity
Your Comment