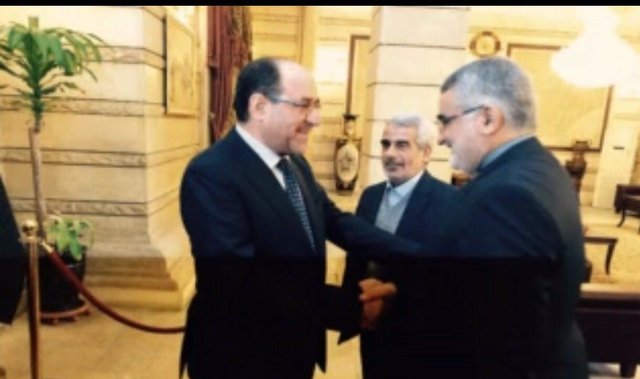 Head of Iranian Parliament National Security and Foreign Policy Committee Alaeddin Boroujerdi and Mohammad-Ebrahim Rezaie, a member of the committee who are in Iraq for Baghdad Dialogue Conference on the future of Iraq after ISIL discussed regional issues and the latest developments in the Middle East during the meeting.

Boroujerdi also delivered a speech in the conference.

They had another session with First Deputy Speaker of the Iraqi Parliament Sheikh Humam Hamoudi where the two sides discussed developments in the region.

The Iranian senior officials arrived in the Iraqi capital on Saturday to take part in Baghdad Dialogue Conference and to deliver a speech on the second day of the event.

Boroujerdi noted that he conveyed viewpoints and stances of the Islamic Republic of Iran toward the future of Iraq after the complete eradication of ISIL terrorists from the Arab country.

Boroujerdi also extended the invitation of Iran’s Parliament Speaker to al-Jaafari, al-Jabouri,
Hakim for participation at Palestine International Conference to be hosted by Iran in February.