Iranian Oil Minister Bijan Zangeneh said that the country’s revenue of oil and condensate is expected to hit $41 billion by the end of the current Iranian calendar year (which ends on March 20, 2017). 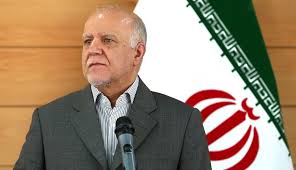 This does not mean that the country would have $41 billion proceeds right at that time, because proceeds would come after a few months delay, Zangeneh said.

Iranian oil minister reiterated Iran’s oil money is not frozen. "We get all the money.”

Elsewhere, he said Iran would inaugurate phases 17, 18, 19, 20 and 21 of South Pars gas field by the end of this year, adding that the country would have increased crude output capacity in West Karoun oil fields by the same time.

Oil price is expected to hit $55 per barrel and Organization of Petroleum Exporting Countries (OPEC) members have reduced output since January, he said.

"I am sure that OPEC and non-OPEC states will implement output fall and there will be a balance in demands and supply and the price will go higher.”