Foreign-sponsored militant groups decided to attend the forthcoming Syria peace talks in Kazakhstan, which aim to boost efforts to end the nearly six-year-old conflict in the Arab country. 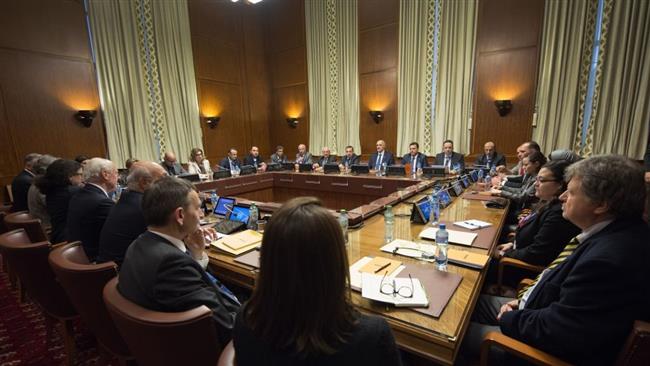 Mohammad Alloush, the head of the political office of the so-called Jaish al-Islam militant group, said on Monday that the militants took the decision at meetings underway in the Turkish capital city of Ankara, and are now working to form a delegation which he will head.

"The factions will go and the first thing they will discuss will be the matter of the ceasefire” and its violations, an unnamed official in the so-called Free Syrian Army extremist group said, adding, "This will be a test for the Russians as the guarantor.”

Zakaria Malahifji of the Fastaqim Kama Umirt Union said, "The majority of the groups decided to attend. Discussions will be on the ceasefire - the humanitarian issues - aid deliveries, release of detainees.”

Ahmad al-Othman from the Sultan Murad militant faction also said the groups have
"decided to go to the talks.”

The intra-Syrian talks in Astana are scheduled for January 23, and would focus strictly on military developments and reinforcement of the ceasefire agreement brokered by Russia and Turkey.

The deal came into force at midnight (2200 GMT) on December 30, 2016, and appears to be holding despite clashes between government forces and militants in the Wadi Barada area that supplies water to the capital, Damascus.

Meanwhile, the so-called Syrian Observatory for Human Rights says at least 82 people have been killed over the past two days in fighting between Daesh Takfiris and Syrian government forces in the eastern city of Dayr al-Zawr.

Syria’s official news agency, SANA, reported that the army had killed dozens of Daesh terrorists, among them Saudi and Tunisian nationals, in attacks on the terror group's positions in and around Dayr al-Zawr.

Daesh terrorists, who control most of Dayr al-Zawr Province, have kept the remaining government-held areas of the provincial capital that goes with the same name under siege since 2014, Presstv reported.

Syrian Army forces have withstood the blockade in light of air-dropped humanitarian assistance as well as military equipment flown into a nearby military airport controlled by government soldiers.