Iran has responded to an official invitation it has been sent by Saudi Arabia to attend meetings to discuss the resumption of the Hajj pilgrimage for Iranians, an Iranian official has announced. 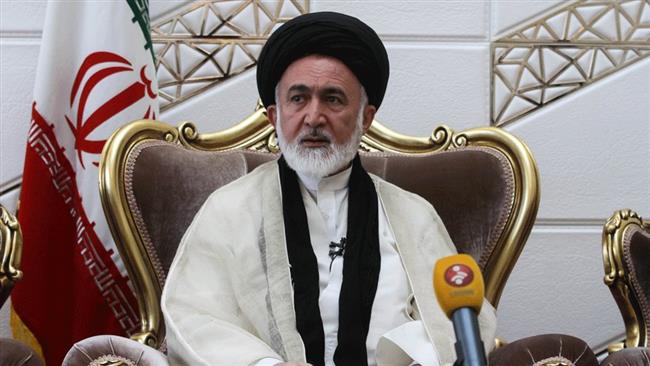 Seyyed Ali Qazi-Askar, the representative of Leader of the Islamic Revolution Ayatollah Seyyed Ali Khamenei in Hajj and pilgrimage affairs, announced that Iran’s Minister of Culture and Islamic Guidance Reza Salehi-Amiri had responded to the Saudi invitation by means of a letter addressed to Saudi Pilgrimage Minister Mohammed Bentin, ISNA reported on Tuesday.

The Iranian Hajj official said that, in his letter, Minister Salehi-Amiri communicated Iran’s ideas and concerns to the Saudi side.

Qazi-Askar had confirmed the receipt of the invitation last Monday.

In September 2015, a deadly human crush occurred during Hajj rituals in Mina, near Mecca. Days into the incident, Saudi Arabia published a death toll of 770 but refused to update it despite gradually surging fatality figures from individual countries whose nationals had been among the victims of the crush. Iran said about 4,700 people, including over 465 of its nationals, lost their lives in the incident.

Earlier that same month, a massive construction crane had collapsed into Mecca’s Grand Mosque, killing more than 100 pilgrims, including 11 Iranians, and injuring over 200 others, including 32 nationals from Iran.

Serious questions were raised about the competence of Saudi authorities to manage the Hajj rituals in the wake of the incidents, and, facing Saudi intransigence to cooperate and refusal to guarantee the safety of Iranian pilgrims, officials in the Islamic Republic subsequently decided to halt pilgrimages over security concerns.

Saudi Arabia also unilaterally severed its diplomatic ties with Iran in January this year after protests in front of its diplomatic premises in Tehran and Mashhad against the execution by Riyadh of eminent Saudi Shia cleric Sheikh Nimr al-Nimr.

In his Qazi-Askar said, "We hope that the talks would yield results and preparations be made for the spiritual [religious] imperative of Hajj to take place.” He also hoped that the requisite measures would be taken so that the year would witness a "dignified and estimable” pilgrimage ceremony.

"In case preparations are made and conditions are provided, everyone is determined for the next Hajj to take place,” he said.

In the light of the fact that Riyadh has announced it would raise different quotas for this year’s pilgrimage, Qazi-Askar asked all concerned domestic parties to be prepared for the potential dispatch of 80,000 pilgrims.
(Press TV)
Share to
Related News
Tehran-Riyadh new agreement on Hajj services
Iranians to participate in this year's hajj: Organization
Tehran, Riyadh continuing talks on Hajj
Tags
Iran ، Saudi ، Hajj invitation
Your Comment