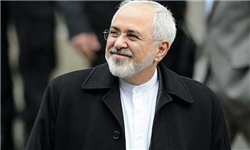 Before departing for Malaysia, Zarif will make a short stop in Switzerland to attend the annual World Economic Forum in Davos that convenes on Tuesday where 3,000 delegates from all over the world will engage in a series of meetings and discussions about "entrepreneurship in the global public interest”

He is going to deliver speech on the latest regional developments, especially Syrian crisis in the conference.

The OIC foreign ministers meeting is to be hosted by Kuala Lumpur on January 19 to address the situation of the Rohingya Muslims in Myanmar.

Zarif wrote to United Nations Secretary General Antonio Guterres on Jan. 6 to demand international action to stop rights violations against the Rohingya Muslims in Myanmar, who have been subjected to persecution since 2012 by extremist Buddhists. Buddhist-majority Myanmar refuses to recognize the Rohingya as one of the country's ethnic minorities and instead label them as illegal immigrants from Bangladesh.

The OIC meeting to be led by Malaysian Prime Minister Najib Razak, will gather fifty-six representatives to address the Rohingya Muslim crisis.