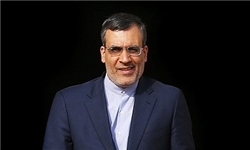 The negotiations are going to be held on January 23-24 in Astana under supervision of Iran, Russia and Turkey.

The Syria-Syrian conference between opposition and government seeks paving the way for political settlement of Syrian crisis.

The deal followed an earlier truce agreement, mediated by Moscow and Ankara, in Aleppo, which paved the way for the evacuation of remaining civilians and armed men and put back the northwestern city under Damascus control after years of fighting.

The diplomatic achievements came after trilateral Syria meetings among Iran, Russia and Turkey in Moscow, in which the three sides stressed the need for an all-Syria truce and expressed "readiness to facilitate and become the guarantors” of the agreement, which was still under negotiations at the time.

Qassemi further said Iran has "no preconditions” for attending the negotiations aimed at resolving more than five years of deadly violence in Syria.