The Organization of Islamic Cooperation (OIC) has called on the United Nations (UN) to intervene in Myanmar’s Rakhine State, where it says the escalation of violence against Rohingya Muslims could lead to “genocide.” 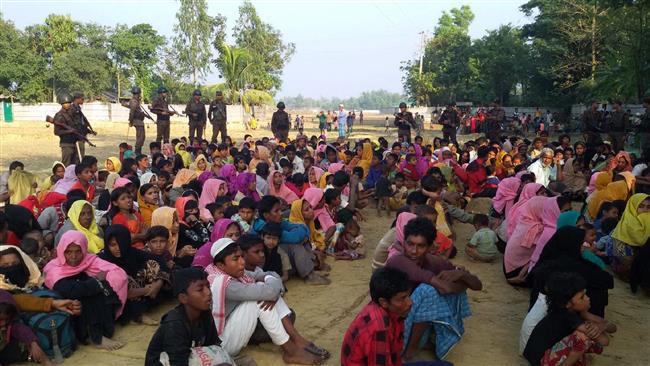 The organization’s special envoy to Myanmar, Syed Hamid Albar, said the world body should act to resolve the conflict, which is no longer an internal issue but an international concern.

"We don’t want to see another genocide like in Cambodia or Rwanda,” he told Reuters. "The international community just observed, and how many people died? We have lessons from the past for us to learn from and see what we can do.”

The OIC, which represents 57 countries, is set to hold an emergency meeting in the Malaysian capital of Kuala Lumpur on Thursday to discuss regional issues, including the military crackdown against the Rohingya.

Myanmar’s military began its crackdown in Rakhine after an attack on the country’s border guards on October 9 left nine police officers dead. The government blamed the Rohingya for the assault.

There are reports that at least 400 people have been killed, more than 2,500 houses, mosques, and religious schools destroyed, and three villages completely wiped out during the military siege. The Myanmarese government has blocked humanitarian and media access to Rakhine.

Rohingya Muslims have been subjected to executions, rape, and arson attacks since October, according to refugees and rights groups.

Myanmar’s government denies full citizenship to the 1.1 million-strong Rohingya population and instead brands them as "illegal immigrants” from Bangladesh, even as many trace their lineage in Myanmar back generations.

The Rohingya Muslims who have fled to Bangladesh during decades of violence in Myanmar, as many as 500,000, are not recognized as citizens by Dhaka, either.
(Press TV)
Share to
Related News
Suu Kyi's party wins nearly half of Myanmar by-elections
Dozens killed in fresh clashes on Myanmar's China border
Tags
genocide ، Myanmar ، OIC ، UN
Your Comment