Iranian Deputy Foreign Minister for American and European Affairs Majid Takht-Ravanchi slammed recent positions of certain British officials towards Iran as he called for strict implementation of the nuclear deal. 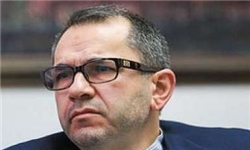 Such positions run counter to the process of developing bilateral ties between Iran and Britain under previous MoU, he said in a meeting with Britain's Under-Secretary of State for Foreign and Commonwealth Affairs Tobias Ellwood here in Tehran.

"Any progress in bilateral ties has to be in line with mutual interests and based on mutual respect,” Ravanchi said.

He also called for strict fulfillment of commitments to the Joint Comprehensive Plan of Action (JCPOA) by all sides.

Tobias Ellwood, for his part, stressed that London fulfills its commitments to the JCPOA, and said. "Britain is trying to remove obstacles to developing bilateral ties with Iran and resolve misunderstanding.”

The Iranian and British officials further agreed to discuss consular issues and facilitating visa issuance in the upcoming consular meeting of the two sides in London.

Meanwhile, they discussed bilateral ties as well as regional and international developments.

Ellwood arrived in Iran on Wednesday to confer on issues of mutual interests as well as key regional matters with senior Iranian officials.