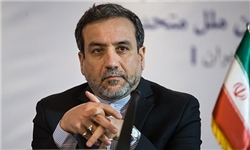 "Citizenship right of Muslims in Myanmar has to be recognized and human aid has to reach them,” he said on the sidelines of the Organization of Islamic Conference (OIC) extraordinary session on Myanmar in Kuala Lumpur.

"Myanmar should end the violence,” he said.

The session was held following Malaysian demands to discuss recent escalating violence against Myanmar Muslims by government and Buddhist extremists in the country.

He touched on the killing and displacement of Muslims in clashes with Buddhist extremists. "We do not believe such clashes have religious roots. However, the important thing is that Muslims are the victims there,” he said.

The OIC, which represents 57 countries, was to hold an emergency meeting in Kuala Lumpur on Thursday to discuss regional issues, including the military crackdown against the Rohingya.

Myanmar’s military began the crackdown in the Rakhine state after an attack on the country’s border guards on October 9 left nine police officers dead, which the government blamed on the Rohingya.

There are reports that at least 400 people have been killed, more than 2,500 houses, mosques, and religious schools destroyed, and three villages completely wiped out during the military siege. The Myanmar government meanwhile has blocked humanitarian and media access to Rakhine.