Several children were among the missing Thursday after a devastating avalanche buried an Italian mountain hotel with more than 25 people believed to be trapped inside. 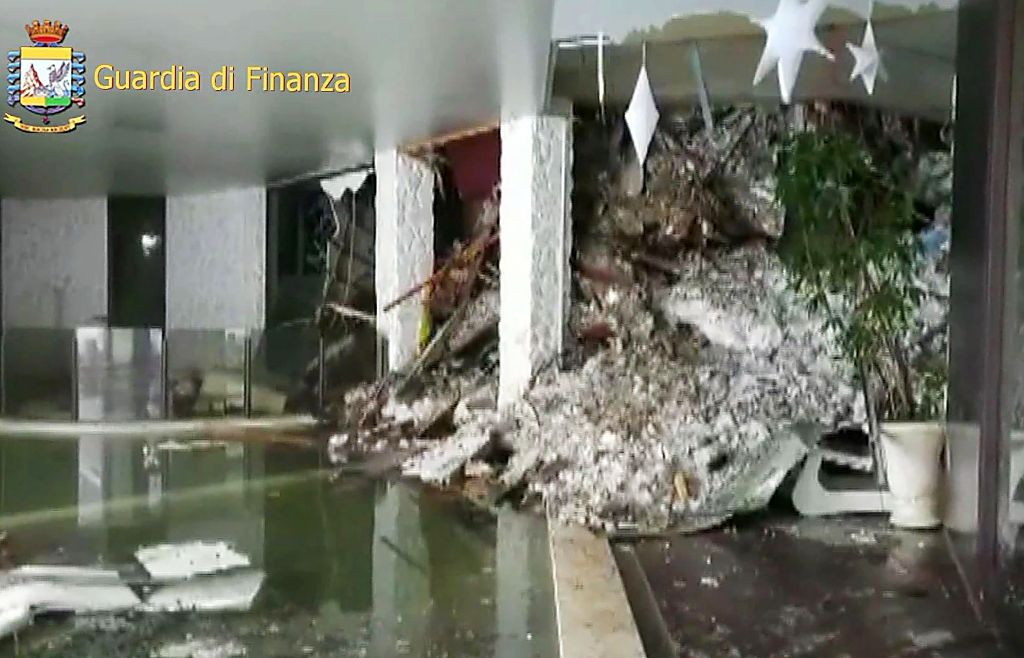 The prospects of anyone being rescued alive from the ill-fated Hotel Rigopiano looked bleak with rescue efforts hampered by heavy snow that had blocked access roads to the remote site.

The three-storey building was hit by a two-meter (six-feet) high wall of snow late on Wednesday afternoon.

The first rescue workers only reached the remote site in the early hours of Thursday and it was midday by the time a snow plough and the first mechanical excavation equipment got there.

As some 35 firemen and sniffer dogs combed the rubble, officials said one body had been recovered and the location of another one identified by early afternoon.

"We are trying to recover bodies," said fire service spokesman Luca Cari. Asked if there was any hope of survivors, he told AFP: "You never know."

He added: "The building was basically run over by the avalanche leaving it buried.

"I saw mattresses that had been dragged for hundreds of meters, which shows how big the search area is. There are tons of snow, tree trunks and all kinds of detritus."

Italian television showed images of piles of masonry and rubble in the entrance area of what they dubbed a 'coffin hotel'.

The region was hit by four seismic shocks measuring above five magnitude in the space of four hours on Wednesday, when at least one person was confirmed to have died.

The four-star hotel's guests had been assembled on the ground floor awaiting an evacuation following the quakes that was delayed by snow-blocked roads when the avalanche struck.

The building was moved some 10 meters off its foundations by the force of the hurtling wall of snow.

Local officials confirmed two guests who were not inside when the avalanche struck had been rescued. They were suffering from hypothermia but not in any danger.

One of them, identified as Giampiero Parete, 38, was quoted by friends in Italian media as saying his wife and two children, aged 6 and 8, had been inside the hotel.

Officials said there had been 20 guests staying and seven or eight staff on duty at the hotel on the eastern lower slopes of the Gran Sasso mountain.