The UK government's strategy to counter extremism is directly targeting Muslims and needs to be re-evaluated according to Dr. Fahid Qurashi, a lecturer with the School of Law, Criminal Justice and Computing at the Canterbury Christ Church University. 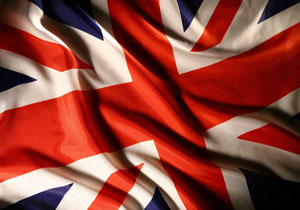 The Prevent strategy is about safeguarding people and communities from the threat of terrorism.

Prevent is one of the four elements of the UK government's Counter-Terrorism Strategy also known as CONTEST, the aim of which is to stop people from becoming radicalized.

"Experience tells us that the threat comes not just from foreign nationals, but also from terrorists born and bred in Britain. It is therefore vital that our counterterrorism strategy contains a plan to prevent radicalization and stop would-be terrorists from committing mass murder. Osama bin Laden may be dead, but the threat from Al-Qaeda-inspired terrorism is
not," a government statement reads.

The latest move in the Prevent strategy involves the reading of student's emails at UK universities.

King's College, which is home to one of the world's foremost centers for radicalization studies, has publicly admitted to monitoring the emails of students and staff because of the
UK government's controversial Prevent counterextremism strategy.

"The question for universities in relation to the Prevent strategy is whether they think that the existing arrangements that they have in place are enough or whether they need to expand them. My university has decided to continue the existing policy and not introduce new web filters and monitoring. It seems Kings has gone further and started to monitor emails, so different universities are interpreting this differently. It doesn't surprise me that they are monitoring emails," Dr. Fahid Qurashi told Sputnik.

Dr. Qurashi believes that there is an argument that suggests there is a strain of Islamophobia that runs throughout the Prevent strategy, because it has a focus on Muslim communities right across the country.

He questioned the definition of extremism given by the government and said it is quite clouded. He added that the UK government is finding it difficult to define extremism, as they do not want to face a legal challenge.

"The UK government is trying to define extremism for the counter-extremism and safe guarding bill and it is for this reason, that the bill is being delayed. Often they are labeling people terrorists who wouldn't be categorized as extremists.

"Last summer [June 2016] a member of Britain First, a right-wing terror group, murdered the UK MP Jo Cox, he was charged with murder but not terrorism, so what that shows is that the existing system is sufficient if it adequately deals with extremism. So there is no need for these policies as they marginalize and demonize a large number of Muslims across the country," Dr. Qurashi told Sputnik.

With universities now starting to monitor students' emails for signs of terrorism, it appears that the Prevent strategy may be hindering the progress of certain communities as opposed to providing much needed cohesion, especially after Britain voted to Leave the EU on June 23, 2016.