A bomb has gone off in a mainly Shia Muslims area in northwestern Pakistan, leaving at least 21 people dead and about 40 others injured. 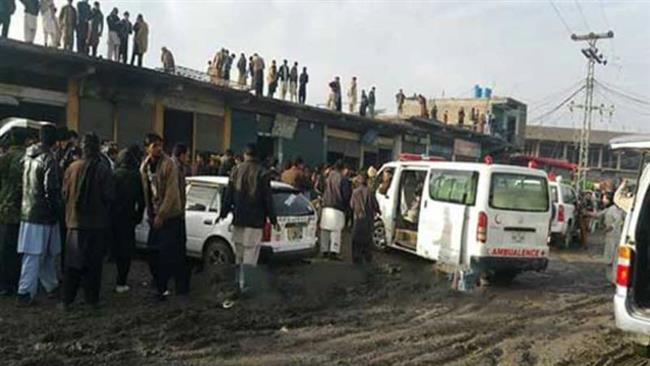 The blast rocked a crowded vegetable market in Parachinar city, the capital of Kurram tribal district near the Afghan border on Saturday.

"We received 21 bodies of the local tribal people killed in the blast," said Sajid Hussain Turi, a member of the National Assembly from the region. He said there would be a mass funeral and then a demonstration over the attack.

Officials expect the death toll from the attack to rise. Turi said a homemade bomb had been planted in a pile of tomatoes and exploded as people gathered in the market early on Saturday morning.

Pakistan’s army has been deployed to the site and cordoned off the area. The military said helicopters were evacuating the injured.

Taliban militants have been active around Parachinar in the past and targeted Shia Muslims who have been the subject of numerous attacks.

The community accounts for some 20 percent of Pakistan's 200-million population and is mostly based in Balochistan, an area which borders Iran and Afghanistan and has oil and gas resources.

Security has been a main issue for the Shias as thousands of them have been killed as a result of militancy and hate attacks over the past decade.
(Press TV)
Share to
Related News
Pakistan freezes bank accounts of 5,100 suspected terrorists
Bombing near Shia mosque kills 22 in northwest Pakistan
Tags
Bomb ، Pakistan ، Shia area
Your Comment