A car bomb has exploded near the Italian and Egyptian embassies in the Libyan capital Tripoli. 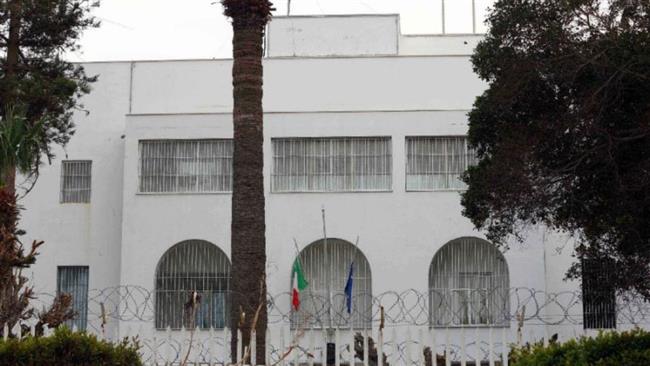 The bomb went off on Saturday night in a street behind both of the embassies outside the country’s ministry of planning.

According to Red Crescent official in the city, the burnt remains of two people were pulled out of the burnt car after the blast.
It is still not clear if the attack was aimed at the Italian embassy which reopened around two weeks ago.

Following the incident, the Italian foreign ministry released a statement stressing that all of its embassy’s staff were safe following the bombing "in the vicinity of the Italian and Egyptian embassies.”

The area around the embassies has been cordoned off by police, and Libyan authorities have increased security in the area.

Italy was the first Western country to reopen its embassy in Tripoli after they closed their embassies in 2014 and early 2015 following heavy clashes in and around the city.
Libya has faced a power vacuum since the downfall of its longtime dictator Muammar Gaddafi in 2011. The country has been grappling with chaos and the emergence of numerous militants, including Daesh Takfiri terrorists, who are concentrated in Iraq and Syria.

The North African country has two rival governments. One is based in the eastern port city of Tobruk and its rival government, backed by the United Nations (UN), is based in Tripoli, the main port city in the western side of the country. Despite attempts to establish peace and order, stability is yet to be restored to the country.
(Press TV)
Share to
Tags
Car bomb ، Libya ، Italian embassy
Your Comment