US President Donald Trump is scheduled to welcome his Mexican counterpart Enrique Pena Nieto in an official meeting at the White House on January 31, his press secretary has announced. 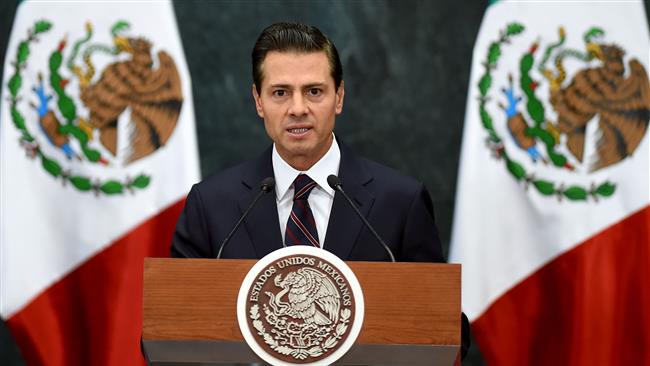 Announcing the planned meeting in a Saturday briefing, White House Press Secretary Sean Spicer further elaborated that the two leaders had held a phone conversation earlier in the day, noting that they agreed to meet and discuss key issues of mutual concern such as trade, immigration and security.

The development came despite Trump’s repeated threats of building a wall along the US-Mexico border in a bid to keep out migrants from the country and other Central American nations, and insisting that he will make Mexico pay for the huge project.

Trump has also threatened to deport millions of illegal immigrants in the US -- many of whom are Mexican -- and renegotiate  or scrap the North American Free Trade Agreement (NAFTA) bringing together the US, Mexico and Canada.

This is while the office of the Mexican president also issued a statement on Saturday confirming the phone conversation earlier in the day, in which Nieto congratulated Trump for becoming the US president, and noting that the two agreed to open a "new dialogue."

Nieto further "reiterated the strategic priority of bilateral ties... and expressed his interest in maintaining an open dialogue."

Mexico, which sends 85 percent of its exports to the US under NAFTA, has been rattled by Trump's repeated vows to review or repeal the agreement.

Nearly five months ago, Trump visited Mexico as a presidential candidate to reiterate his plans, provoking a public backlash against Nieto for hosting him.