Salehi: If Trump nixes nuclear deal, 'we are prepared'

Head of Atomic Energy Organization of Iran (AEOI) Ali-Akbar Salehi warned that the country is prepared to go back to its nuclear activities in case the US violates the nuclear deal. 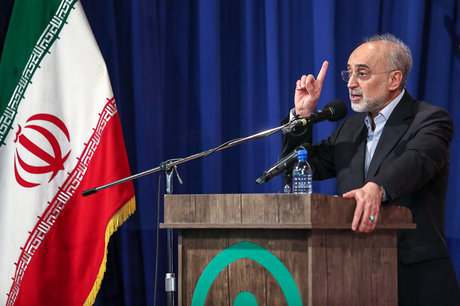 But if he does, as he's vowed, "tear up" the international deal Tehran reached on its nuclear program, it could quickly ramp that program back up, Salehi said.

In the first comments on Trump's inauguration from a high-ranking member of Iran's government, Ali Akbar Salehi, who is also a vice-president, said he viewed the absence of a mention of Iran in Trump's inaugural speech as "positive."

In an interview with CBC News in Iran he also dismissed the new U.S. administration's intention to develop a "state of the art" missile defense system to stave off attacks from North Korea and Iran.

"The United States — it's more than 10,000 miles [16,000 kilometers] away from Iran, and we have never intended to manufacture missiles that would go that far," he said.

It is a "politicized" decision that is "against all rationality," he added.

Salehi said if Trump tears up the nuclear deal, Iran is prepared to 'snap back' into its nuclear program.

"We did once before … that deal didn't work and Iran was able to go back to its nuclear activities with high speed," he said.

"We can very easily snap back and go back … not only to where we were, but a much higher position technologically speaking."