The Iranian Foreign Ministry has welcomed a peaceful power transfer in the Gambia hours after the West African country’s former President Yahya Jammeh left the country following 22 years in power. 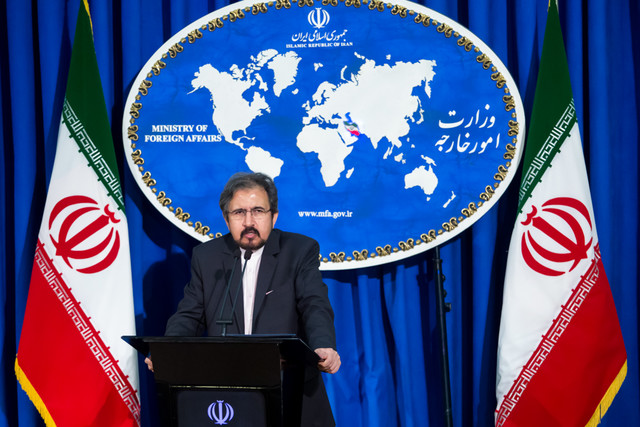 The Islamic Republic has always paid particular attention to the developments in the Gambia as an important Muslim country in West Africa, Foreign Ministry Spokesman Bahram Qassemi said on Sunday.

He commended the appropriate efforts by the West African countries and the role of regional organizations, including the Economic Community of West African States (ECOWAS), in the peaceful handover of office to the country's elected president.

The Iranian spokesperson said such moves led to the promotion of democracy in the region and the establishment of peace and calm in the Gambia.

Jammeh left the Gambia on Sunday after finally conceding defeat in an election under increasing international pressure.

The former Gambian president lost the presidential election in December last year to Adama Barrow but said he would not relinquish power, claiming that there had been irregularities in the vote and pushing the country to the edge of war.

West African nations, which had been peacefully trying to convince him to leave, gradually turned to the idea of removing him militarily and put a regional force on standby as the official end of Jammeh’s mandate approached, Presstv reported.

On Saturday, some two days after the expiration of his mandate, Jammeh finally announced a decision "to relinquish the mantle of leadership" and, now with his exit from the Gambia, the way was paved for Barrow to return home from Senegal, where he was inaugurated on January 19.

President Barrow has said he would return to the Gambia once a security sweep is complete.

On January 19, the United Nations Security Council voted on a draft resolution to ensure a transfer of power in the Gambia.

Jammeh, who took power in a 1994 coup, urged negotiators that he be given amnesty and safe passage out of the Gambia and that his political party be recognized. However, no deal on amnesty was finalized with the negotiators and Jammeh was forced to go into exile.

His family and aides were to depart on a separate plane.

The fate of his party was not immediately clear.

During Jammeh's reign, his government was accused of harsh treatment of opponents.