Head of Atomic Energy Organization of Iran (AEOI) Ali-Akbar Salehi said the country is providing the required infrastructure in Fordo for production of stable isotopes jointly with Russia. 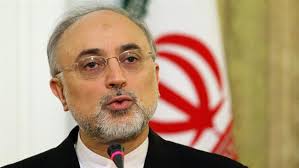 Two years ago Iran and Russia signed a deal to build two nuclear power plants, and they also inked an agreement for production of nuclear fuel, he said, adding Iran and Russia have discussed further details about the agreement and type of cooperation for fuel production during the two years.

Elsewhere, regarding Iran’s membership in ITER project, he said, all procedures have been accomplished and only a couple of issues remained.

"We are discussing them and we hope that we can officially join the project after finalizing the points.”

Tehran and Moscow signed two documents last Thursday to broaden nuclear cooperation.
The documents were signed in ceremony attended by Spokesman of the AEOI Behrouz Kamalvandi in Moscow on Thursday.

The agreement on the first phase of cooperation in producing stable isotopes in the context of Joint Comprehensive Plan of Action (JCPOA) in Fordo site and the roadmap for implementing memorandum of understanding (MoU) concluded with Rosatom in 2014 for
collaboration in the field of peaceful use of nuclear energy were signed on the last day of
Kamalvandi's visit to Moscow.

The three-day visit to Moscow and signing documents with the Russian officials were aimed at strengthening mutual cooperation on nuclear activities, construction of two
nuclear power plants in Bushehr and collaboration in Fordo site to produce stable isotopes.

In addition to nuclear power plants, Tehran and Moscow have cooperation in other fields such as in the context of Joint Comprehensive Plan of Action, producing stable isotopes in Fordo and exporting heavy water produced by Iran to Russia.