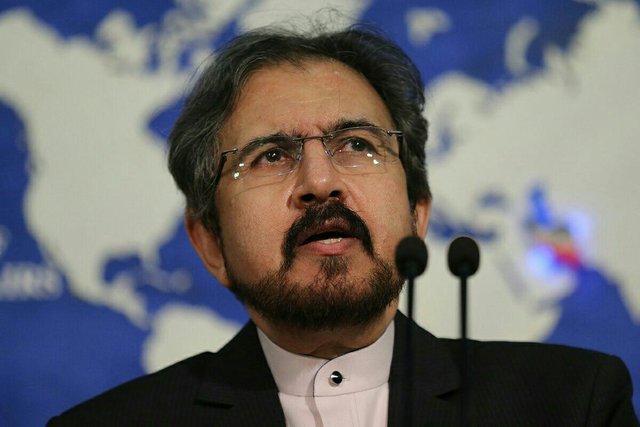 Remarks of Iranian Foreign Ministry Spokesman Bahram Qassemi came on Wednesday following recent remarks delivered at the House of Lords by British minister of state of the Foreign and Commonwealth Office Joyce Anelay.

"The incorrect, injudicious, provocative and meddlesome remarks of Ms. Anelay resulted from unreliable sources and were raised in the country’s upper chamber on Iranian human rights are rejected, biased and unfounded and we condemn them,” he said.

He noted that such recent positions of senior UK officials would damage the atmosphere of boosting bilateral ties between Iran and the UK.

"The Islamic Republic of Iran has always announced that instrumental, political, and propagandist application of the issue of human rights to exert pressure on independent countries has turned out to be an old-fashioned and inefficient mean.”

As cases of British rights violations, the Iranian official cited the UK’s arms sales to the "infanticidal” Saudi regime during the ongoing war on Yemen, its killer drones flying over Syria and taking civilian lives, and London’s continued divisive foreign policy vis-à-vis the Persian Gulf countries. Racially-charged aggression, the violation of refugee rights, and controversial prison conditions in Britain were also indicators of the UK’s disregard for human rights, Qassemi said.

The Iranian Foreign Ministry official also said that the Iranian Judiciary was an independent government branch.